We consider our “self” as one single “individual”. But we are actually made of millions of individually self-sufficient units called cells. Similarly, we as individuals form a cell of one or more virtual organisms – such as our family or our business.

As compared to biological cells, we as cells of virtual organisms, are far more complex. Physical cells perform a fixed role in our body. The little toe on your left foot cannot suddenly feel like becoming the heart. But as virtual cells of virtual organisms, we are capable of transforming ourselves by playing different “roles” according to the “organism” that we happen to belong to from time to time.

As children, we ape adults who play their roles, and as we grow up, learn to play our own roles as we begin recognizing the virtual organisms we belong to.

Virtual cells also differ in one more aspect from biological cells – they not only can change from one functional role to another, they can play these multiple roles simultaneously. Multiple virtual organisms can share the same virtual cells. The same Joe is simultaneously a “Chief Developer” and a “husband and father” – as can be illustrated when Joe gets a call in office from his daughter asking for a new toy. Joe does not stop being a “husband and father” when he is in office. He is always playing the roles that he has learned to play.

Similarly, business organisms simultaneously play the different roles they have learned to play.

Just as biological organisms evolve, so do virtual organisms. Evolution is a process of continuous adjustment that individual entities make so as to adapt to their surrounding system.

Charles Darwin invented the term “natural selection” – a process by which organisms best suited to their environment become the ones most likely to survive and leave descendants. The outcome of the process is an organism that is well adapted to its environment.

Virtual organisms follow exactly the same process of natural selection. The probability of survival of a business organism through evolution is directly proportional to its ability to adapt to its environment.

What is the metaphorical “reproduction” process in virtual organisms?

Let us define reproduction as the combination of “traits” of separate organisms to form new organisms that inherit the traits of the parent organisms.

What are “traits” in a virtual organism – especially a business organism? The closest parallel I can draw is the “skills” of the organization – ie the core strengths.

Does reproduction occur in business organisms?

Businesses do collaborate, form joint ventures, form mergers, acquisitions, all of which combine traits of two or more business organisms to form new business organisms. But the frequency of occurrence of this type of reproduction in business ecosystems is far far less than its frequency in biological ecosystems, and is ridden with failures.

A merger or acquisition is an extremely stressful process for those involved: job losses, restructuring, and the imposition of a new corporate culture and identity can create uncertainty, anxiety and resentment among a company’s employees

Could it be that the reason business reproductions fail isbecause they do not have a well-defined mechanism to reproduce – to really stretch the metaphor – no “reproductive organs”? If reproduction were to become a norm among businesses, would it not make sense to define pre-determined ways in which business organisms can combine traits to form new organisms – virtual reproductive organs, so to say?

An interesting paradigm that seems to successfully spawn such dynamic combination of traits is the open source movement, which relies more on a person-to-person (1to1) trust network that is unstructured, undocumented, flexible and result-oriented.

So what are we headed towards? Virtual Organisms that get created as and when required to fulfill any requirement or opportunity in the environment (market). These virtual organisms are formed by a reproductive process between small, specialized virtual organizations (traditional companies), or individuals.

Its unlikely that the decomposition of conventional business organizations will be stretched to an extent where only individuals with skills will combine to form virtual organisms whenever any requirement arises. The efficiencies of close, continuous interactions have their benefits, and there will always be a certain optimal size for each business organism within which components have fixed functions.

Evolution of business enterprises and biological systems seem to have many parallels. The most interesting of the parallels is the process of reproduction. Biological organisms have mastered the process with a magnificent result of a biologically diverse ecosystem. This has been facilitated by a highly efficient, and structured process of reproduction. Now, with the increasing collaborative capabilities of the Internet, enterprises are likely to evolve new models for collaborating with each other, similar to how biological organisms have mastered the process of combining genetic traits to form new organisms by reproduction. Paradigms such as the Open Source movement have proven that highly successful products can be created with dynamically structured teams of individuals working together in a loose structure. It will be interesting to see how this phenomenon evolves further to allow larger business units to combine dynamically and create virtual organizations that have the combined strengths of each component business unit.

McKinsey: Big data one of top five catalysts for US economy growth 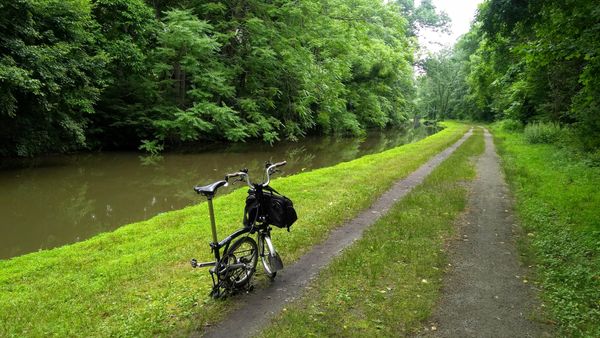