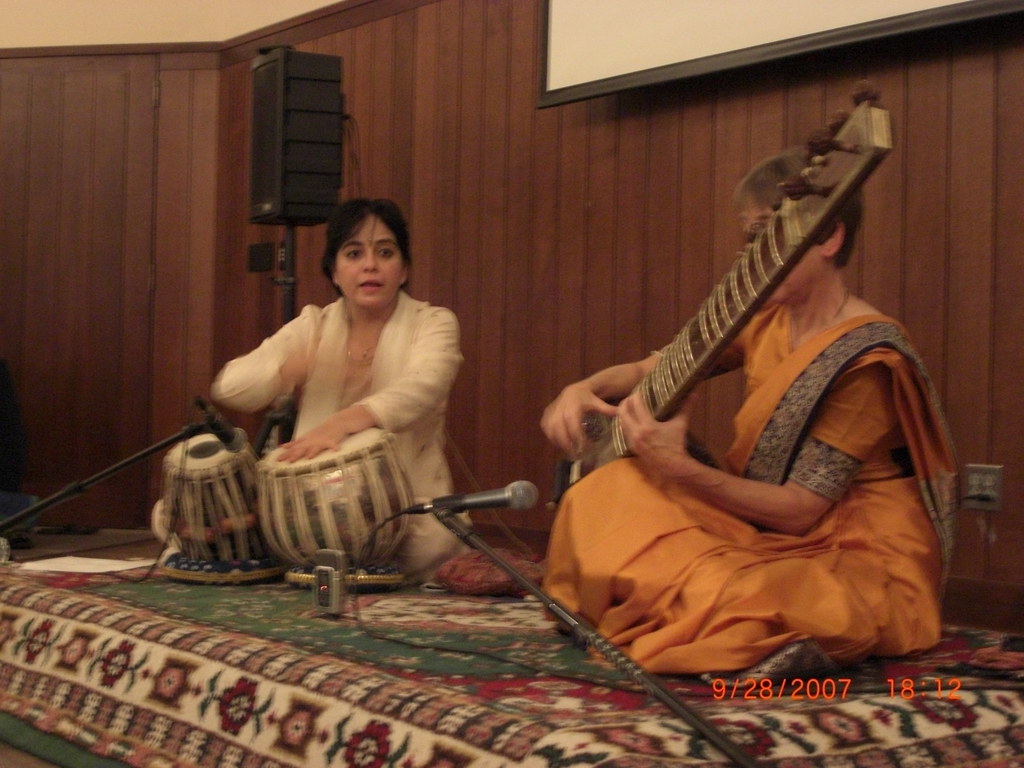 I had the pleasant surprise of bumping into Anuradha Pal, one of my favourite Tabla players! And that too at the most un-musical place while visiting the property registration office.

One of the foremost Tabla artistes in the world, Anuradha Pal is a disciple of Ustad Alla Rakha and has truly magical musical abilities.

Anuradha’s skills are not restricted to the Tabla – she is exceptional at other percussion instruments too! She has started a band called Recharge.

Recharge is a unique World Music group, combining various elements of Indian, African, Latin and Jazz music. A unique combination of Indian instruments like Sarangi, Sitar, Tabla along with Flute, and Vocals along with Jazz & Western style Saxophone & Keyboard & other unique percussion instruments of the world, creates a celebration of different kinds of music, ranging from traditional, to folk to fusion. This music instantly calms our frayed nerves and leads to peace, which immediately moves into a higher gear of joy & happiness, thereby recharging us to take on life challenges again…

Anuradha Pal’s Recharge was the only Indian Music group that was invited to perform at the world famous Woodstock Festival, held in Poland in August 2008.

The group was also India’s only representation at the Festival of India, held in Brazil, in May, 2011.  See this exciting video from that performance that has the audience in raptures:

The band has recently released an album titled “Get Recharged!” Am looking forward to getting hold of it!

Thanks Anuradha for your awesome music!