Borivali National Park - or more appropriately, Sanjay Gandhi National Park is the protected part of the national forest that lies in the middle of the bustling city of Mumbai. I regularly visit the southern part of the forest that encompases the Aarey Milk Colony, that is close to where I live. The park is at the northern end of the forest. I had last visited the park almost exactly 4 years back in 2013 to visit Kanheri Caves.

Last evening, fellow cycling explorer Pradeep Singh commented on FB that we had known each other for 3 years but had not ridden together. Pradeep and I share the same passion of exploring new places on the bicycle. He is an avid adventurer and photographer, and calls himself a "Cyclographer". He documents his adventures on the FB group "Explore on Pedal"

We decided last evening to do a ride together early today morning and he agreed to guide me through one of his favorite riding destinations, the National Park. 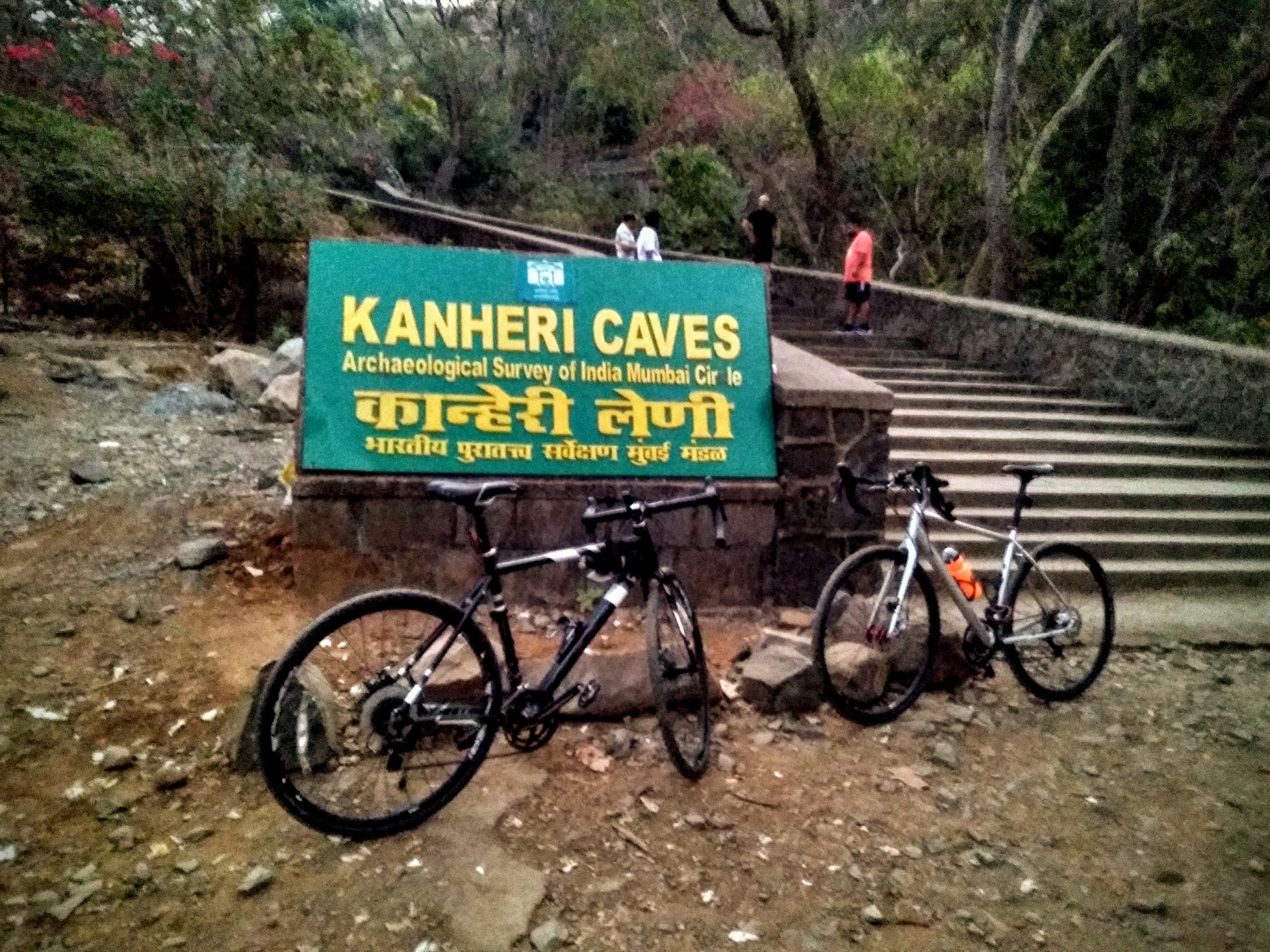 We met on Western Express Highway near the junction of Dattapada Road, and then entered the park from near Thakur Village. Officially, cycles are only allowed into the park after 7:30 am. However, we managed to buy tickets from the guard at the side entrance earlier. We first rode up to Kanheri Caves. Visitors are allowed inside the caves only after 9:00 am. 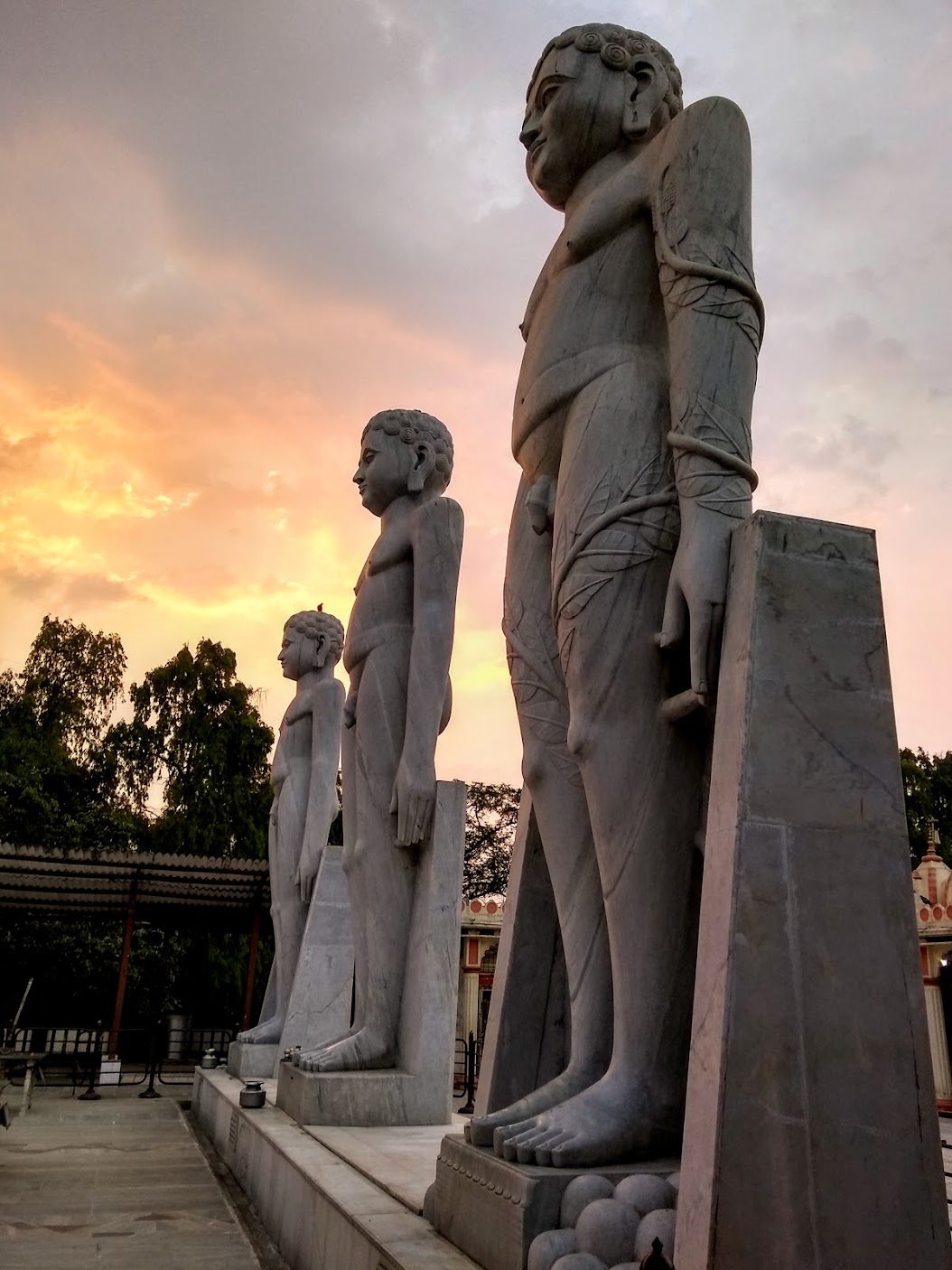 Our next stop was the Trimurti Digamber Jain Temple that is located just outside the park at Podanpur, but has an entrance from within the park. The central statue is that of Lord Rishabhanatha. Rishabhanatha is considered to be the first of the 24 Tirthankaras of Jainism. He is also known as Adinatha (“Lord of the Beginning”). Rishabhanatha had two wives, Sunanda and Sumangala. Sumangala was the mother of ninety-nine sons including Bharata, and one daughter, Brahmi. Sunanda was the mother of Bahubali and Sundari. The two statues on either side of Lord Rishabhanatha are those of Bharata and Bahubali. (ref: 1, 2) 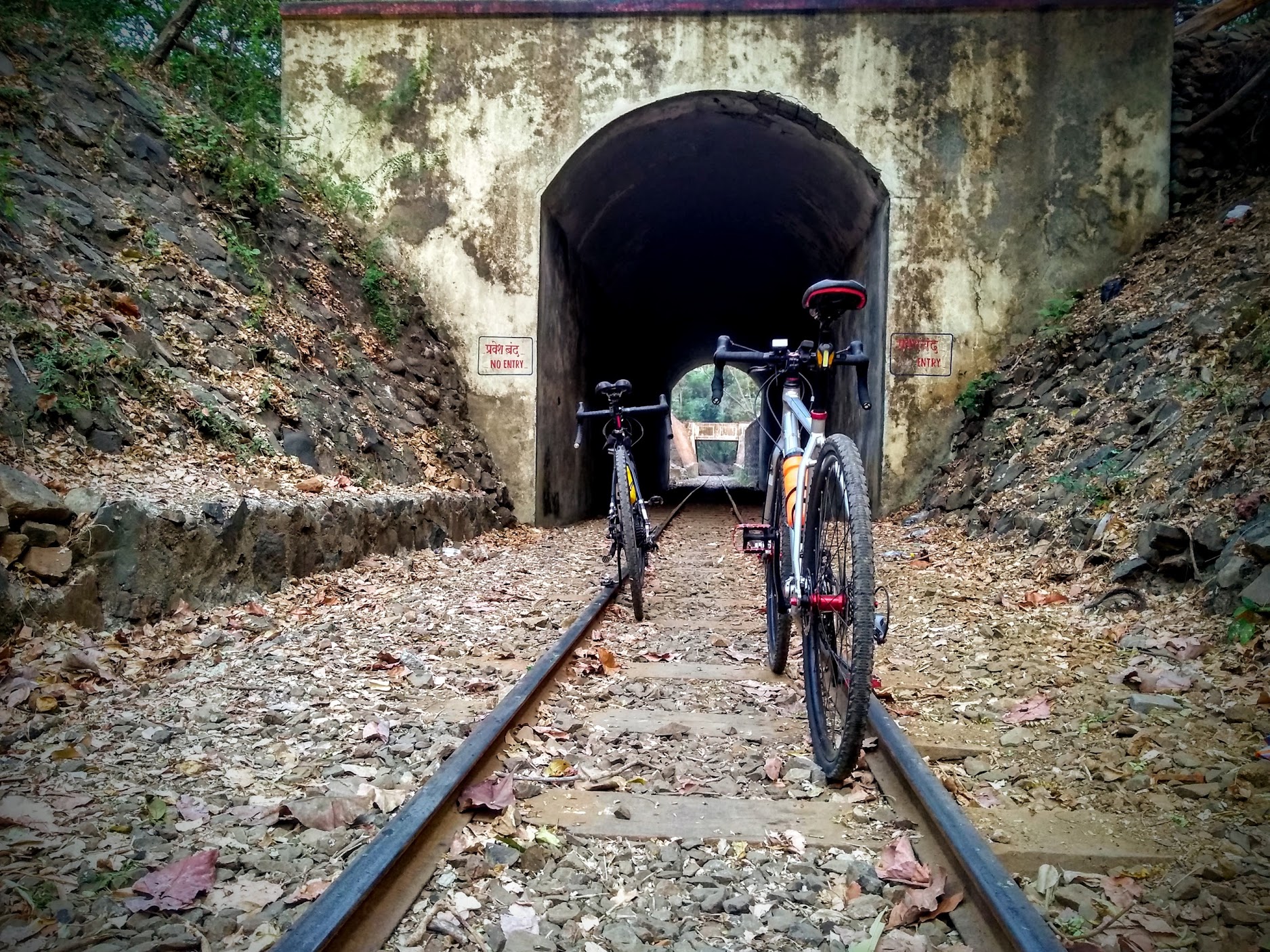 One of the attractions for visitors to the park is the mini train that runs through the forest, called Vana Rani (Queen of the forest). This train has been in operation for several years now and runs along a circular route around the Gandhi Tekdi (hill). We surreptitiously made our way on the track (not advisable during the day!) to click a few snaps, and sure enough were spotted by a park official and shooed away... naughty boys! 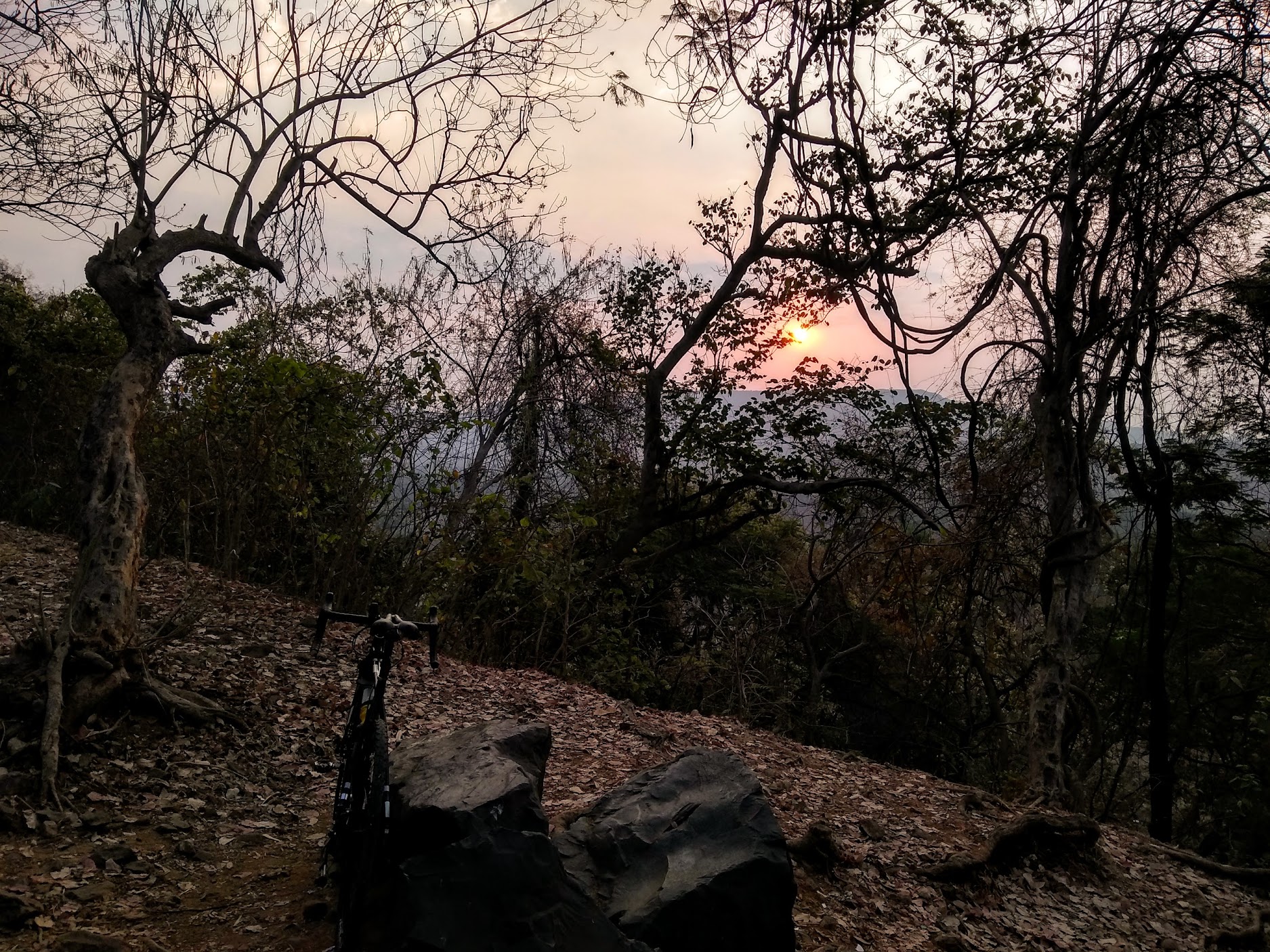 Next, we climbed up the Gandhi Tekdi (hill) that houses the memorial to Mahatma Gandhi. As we rode uphill, we got glimpse of the rising sun through the trees. 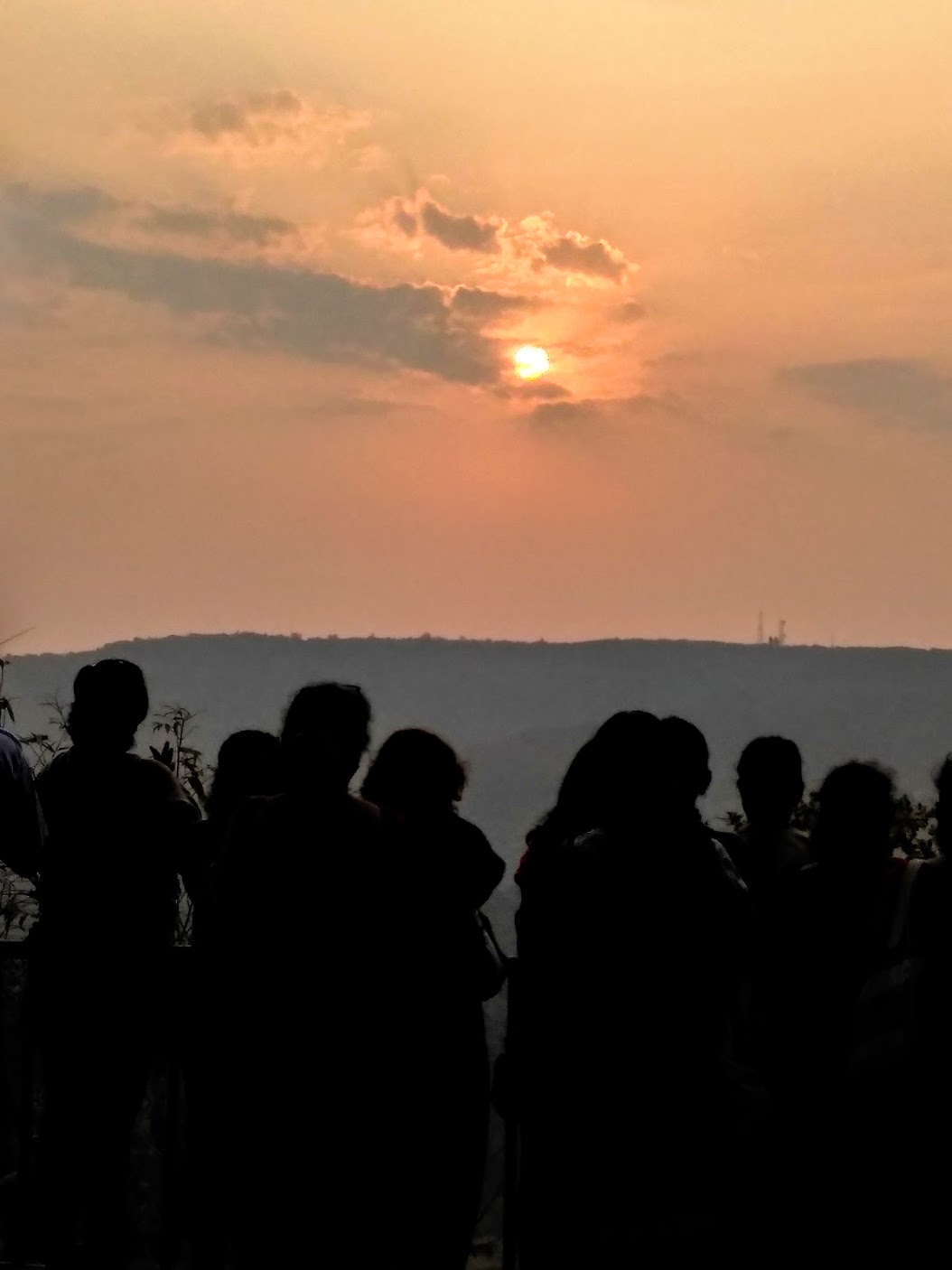 When we reached the top, a group of sun worshippers were busy praying to the sun from the observation deck. We waited for them to finish their prayers and then went to get a better view from the deck. 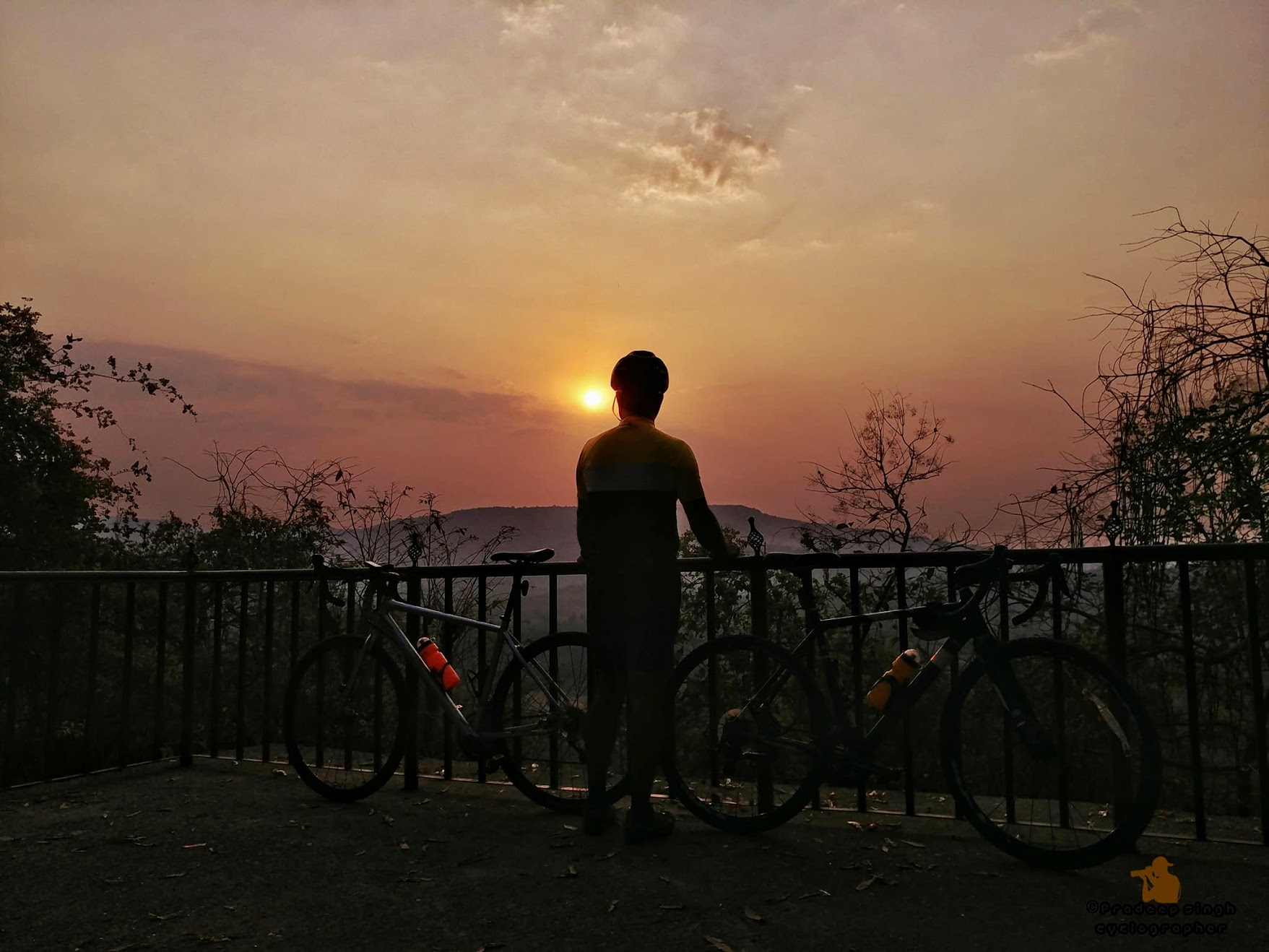 The deck provides a breathtaking view to the east, so the best time to visit is at sunrise. The sun had already risen, but we still managed to get some great photographs (Photo credit: Pradeep Singh). 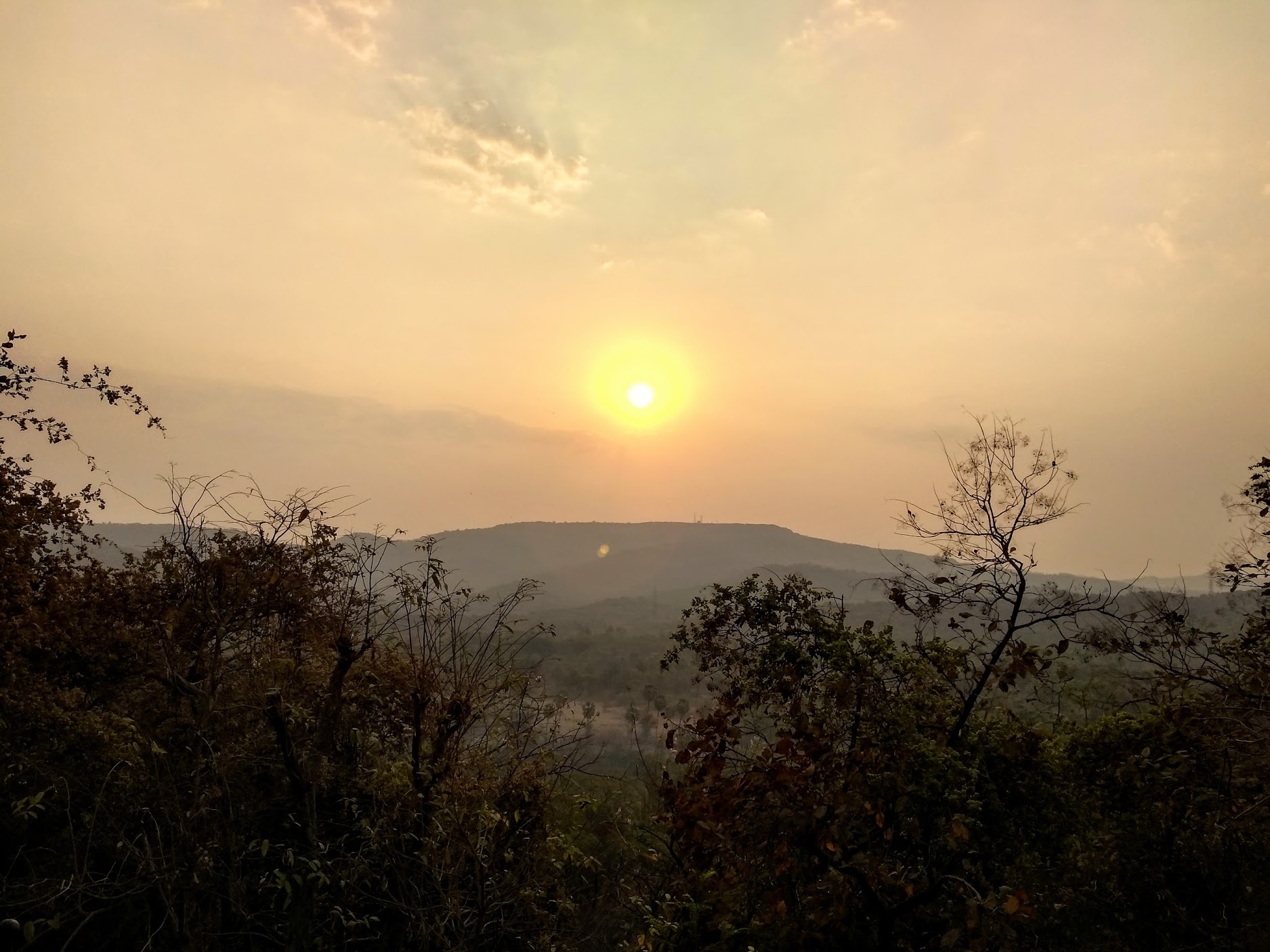 From the deck, one can see far into the distance into the park. The hills seen at the horizon are where the Kanheri caves are located. 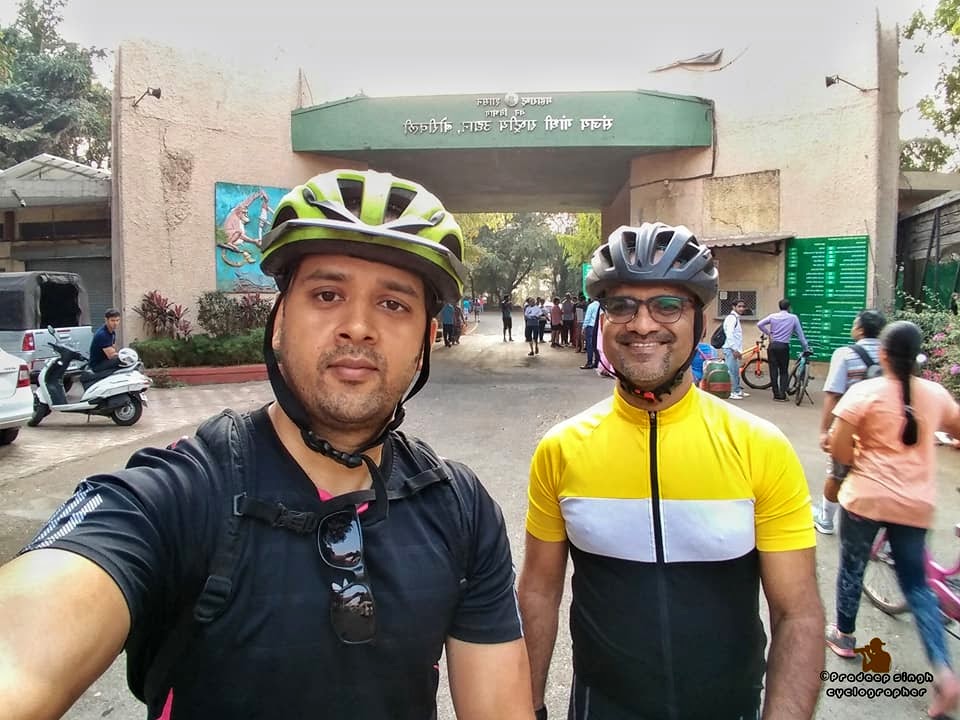 Before the sun and the temperature rose further, we decided to return. We said good bye at the gates of the park and then rode our separate ways. (Photo credit: Pradeep Singh) 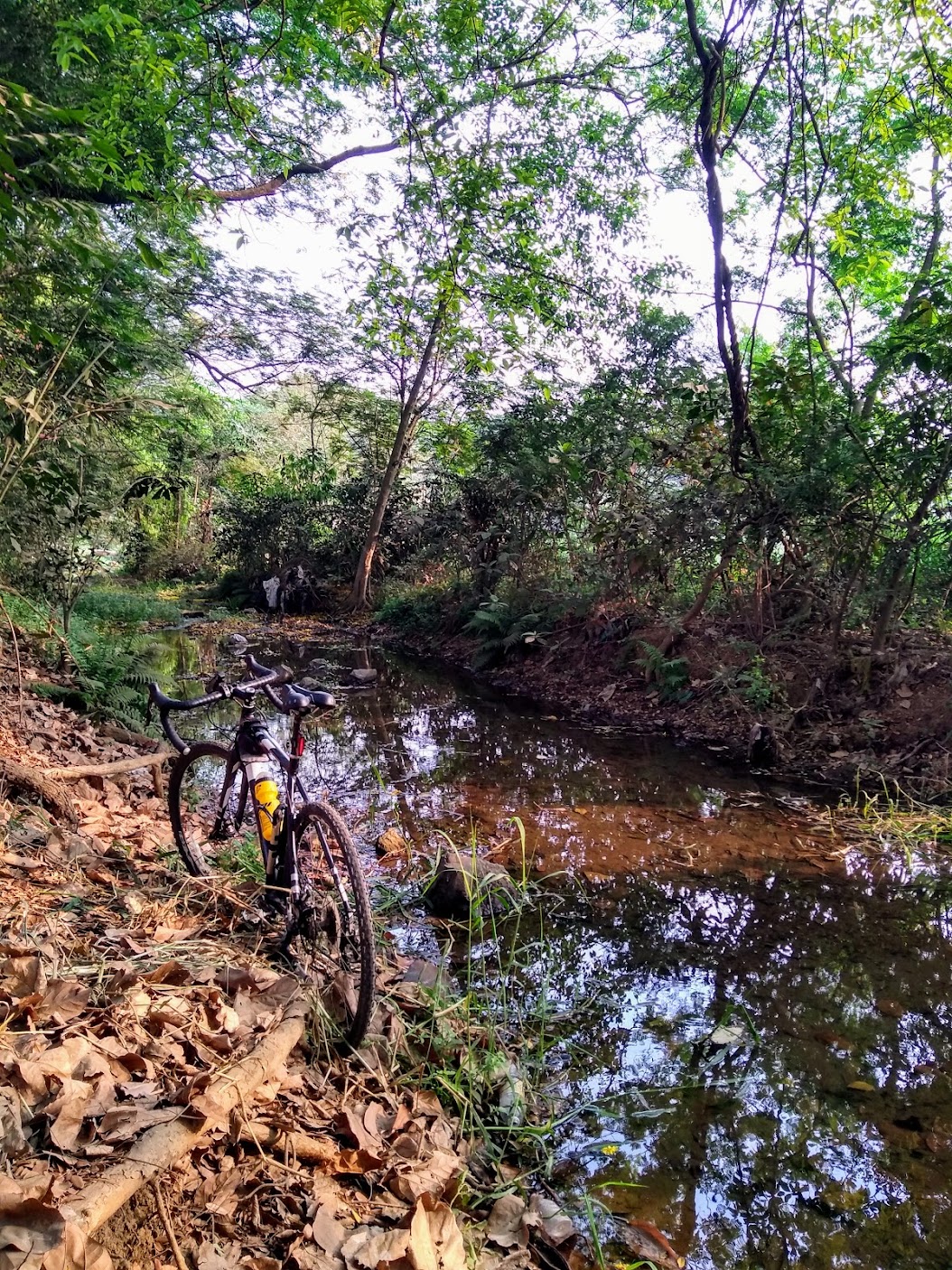 I rode back along the Western Express Highway till Goregaon and then entered Aarey Milk Colony. This photograph is from where I stopped for a while to admire a stream passing beside the road. 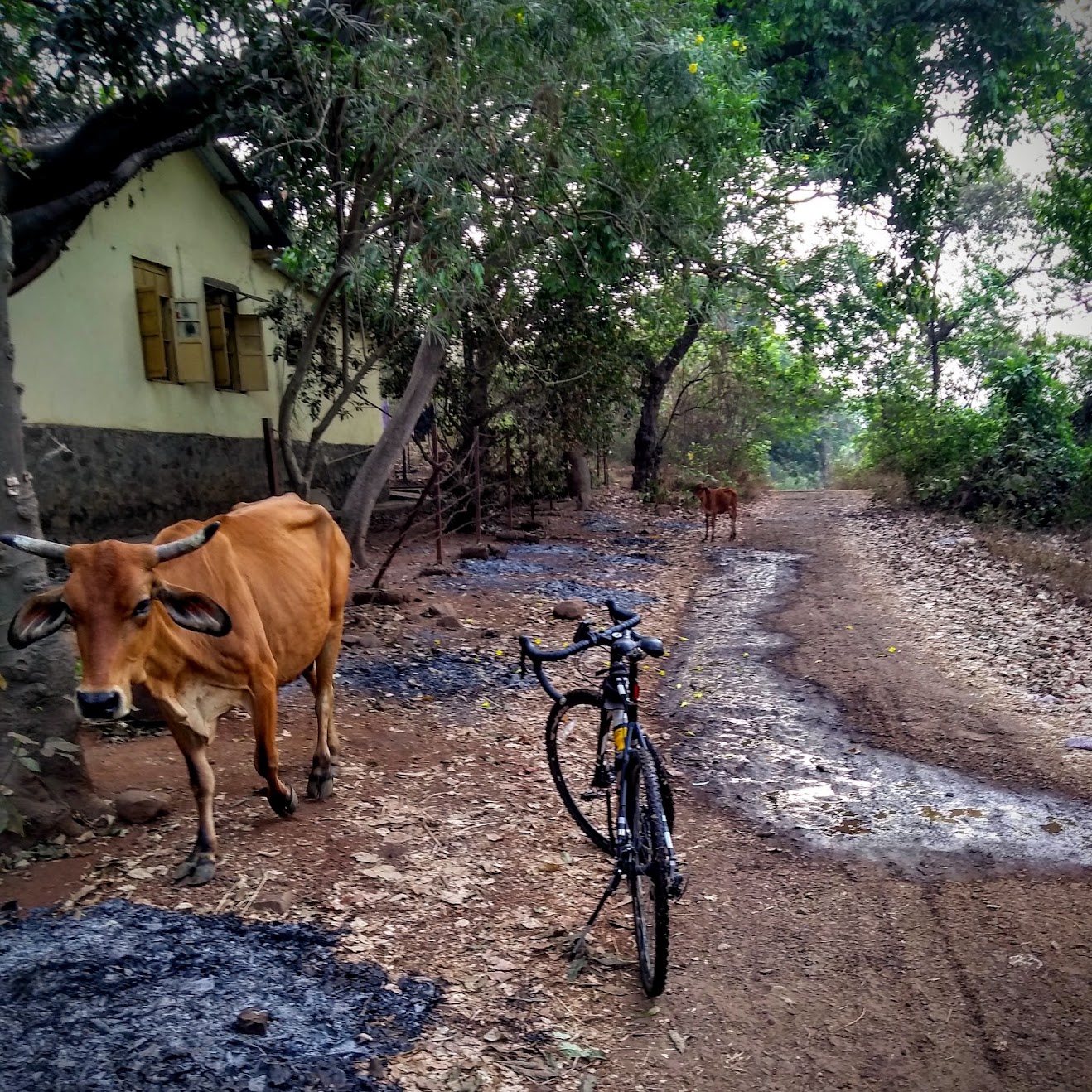 The last leg of the ride through Aarey helped me avoid some of the traffic on the highway. I exited the park on JVLR and rode the rest of the way home.

Here is the route I followed:

For more information about the park, Kanheri Caves and Aarey Milk Colony, see: