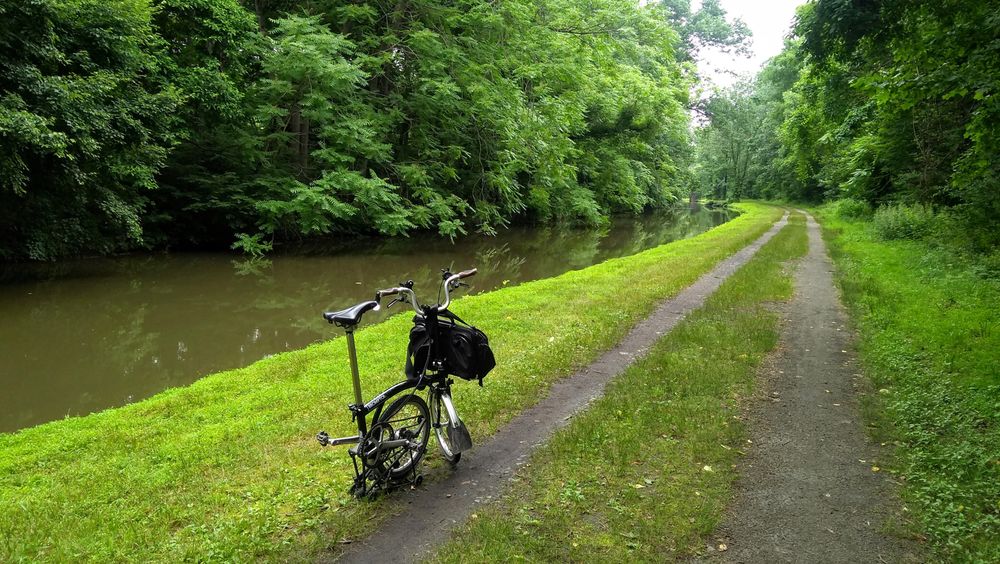 On a weekend during a business visit to New Jersey, I was recommended to ride along the Delaware & Raritan Canal that connects the Raritan river to the Delaware river.

The Delaware and Raritan Canal State Park Trail follows the towpath of the canal, which was built in the early 1830s as a transportation corridor between Philadelphia and New York. There are 19th-century bridges and bridge-tender houses, remnants of locks, cobblestone spillways and hand built stone-arch culverts along the route.

The trail runs continuously for nearly 70 miles and is shaped like a “V” with Trenton at its center. It connects many other towns along the way, including Frenchtown, Lambertville, Ewing Township, Princeton, Franklin Township, and New Brunswick. It’s also part of the developing East Coast Greenway trail network that runs from Maine to Florida. (ref)

I cycled a short distance of 15 miles from Trenton to Lambertville and back. Here is a short video summary of my ride:

Here is the cycling route: