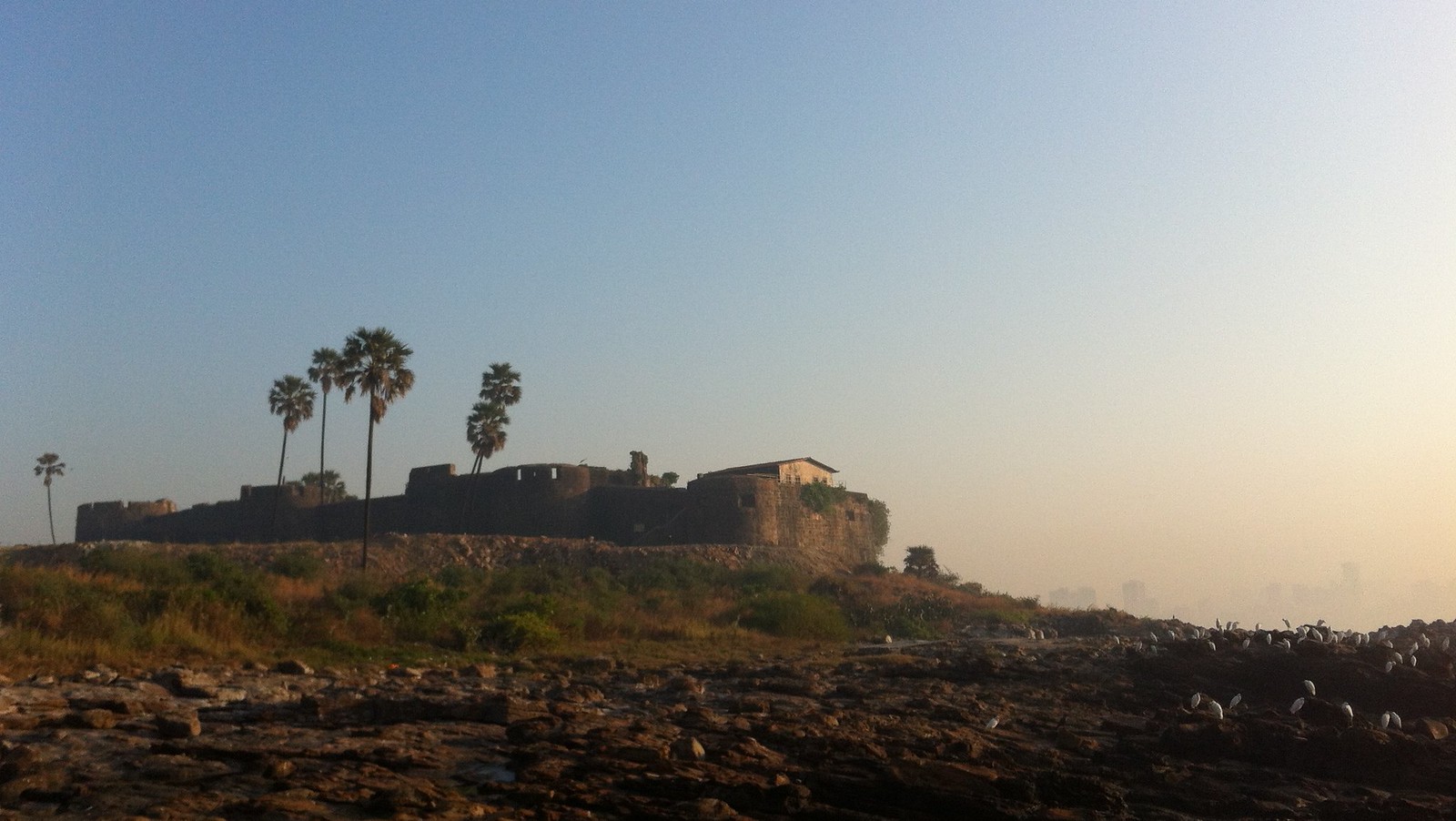 This year I plan to cycle to as many forts in and around Mumbai as possible. My first fort trip is to Madh fort.

Madh Fort (also called Versova Fort) is a small fort in northern Mumbai, India situated at Madh Island. It was built by the Portuguese and lost it in February 1739 during the war against Maratha empire. It is secluded and difficult to reach, about 15 kilometres (9 mi) from Malad and is the last stop on route 271 of BEST bus service or via Versova by ferry boat. It is situated near Aksa Beach. The fort was built by the Portuguese as a watchtower in the 17th century. It offers a strategic view of the coastline and guards the Marve Creek. Its external façade is intact but internally it is dilapidated. It is under control of the Indian Air Force as it is located close to an Indian Naval base and permission is needed for accessing it. Madh Island fort is surrounded by local fishermen’s communities. At Madh, I took a detour to the right up a small hill to reach a lake called Vanala Talav Then back on the Madh jetty road and right at police station towards the fort, and reached a small jetty next to the fort Out into the sea, one can see small fishing boats in the process of pulling in their nets against the rising sun The fishermen in the lone boat out in the sea looks so inviting! Imagine spending the day in a boat like this with a good book and some cold beer! On the opposite side of the jetty, one can see the Mumbai skyline in the distance. It is a good feeling to be away from the city Next to the jetty is a temple called Killeshwar Temple. The bronze minaret shines in the rays of the rising sun against the backdrop of the fort I made my way to the other side of the fort. The fort is in good condition and is maintained by the Air Force. It is locked, and one cannot enter inside without permission

Update: I got a chance to revisit the fort and was able to get inside... read more! This view would look great in the evening, when the sun shines from the west. But the location of this fort is great as one can get a view of the entire bay The silhouette of the cycle against the sea and the rising sun has to be captured! The view of the fort from the shoreline gives an idea of its size. It is not really very big in size, but truly well maintained A local villager tells me a secret – I can bypass the road and walk along the shore through the fishing nets! Fishermen and their families are busy laying out the fish to dry. They have made layers of concrete clad fields specially for this. One can even see these in the map if you zoom. This kid seems to be enjoying the sunshine in the cool weather I finally reach Patvadi marg, the road on the west side of the island. I’m greeted by these kitten who are stealing fish from the baskets lying around A short distance away from the west bank of the island is Ambu Island. Must visit some day. A fisherman wearing a Hendrix T-shirt is busy cleaning his fishing nets, oblivious of my appreciation Continuing on the west bank, I reach the Madh beach. It is full of people playing cricket. Several groups share the beach, with their pitches as close as 10-20 mts, but their fielders are all over the beach… fascinating example of community sharing Then its time for omlette pav and chai. This old lady and her husband claim to be running this shop for over 40 years now! Finally its time to return to the city. I put my cycle on the ferry at the Madh Jetty and head back. Great beginning to my fort expeditions!

Update: I got a chance to revisit the fort and was able to get inside... read more!