Taking off on our cycles early in the morning with no other plan than catching the sunrise, we ended up riding to Sewri Docks, and I got a chance to re-visit one of my favorite forts in the city – Sewri Fort. I had first been to Sewri Fort in January this year, one of the first when I began Mumbai Historical Sites Cycling Association (MuHiSiCA). 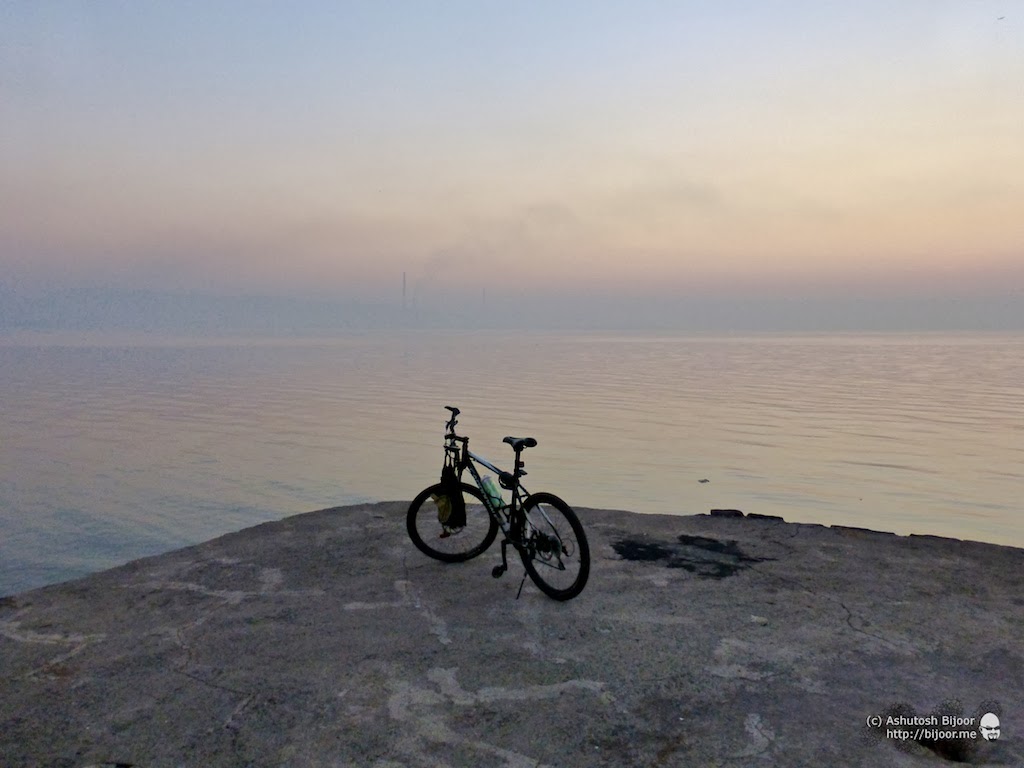 We first went to the docks when the sun was yet to rise, and admired the calm waters reflecting the orange sky of the emerging morning 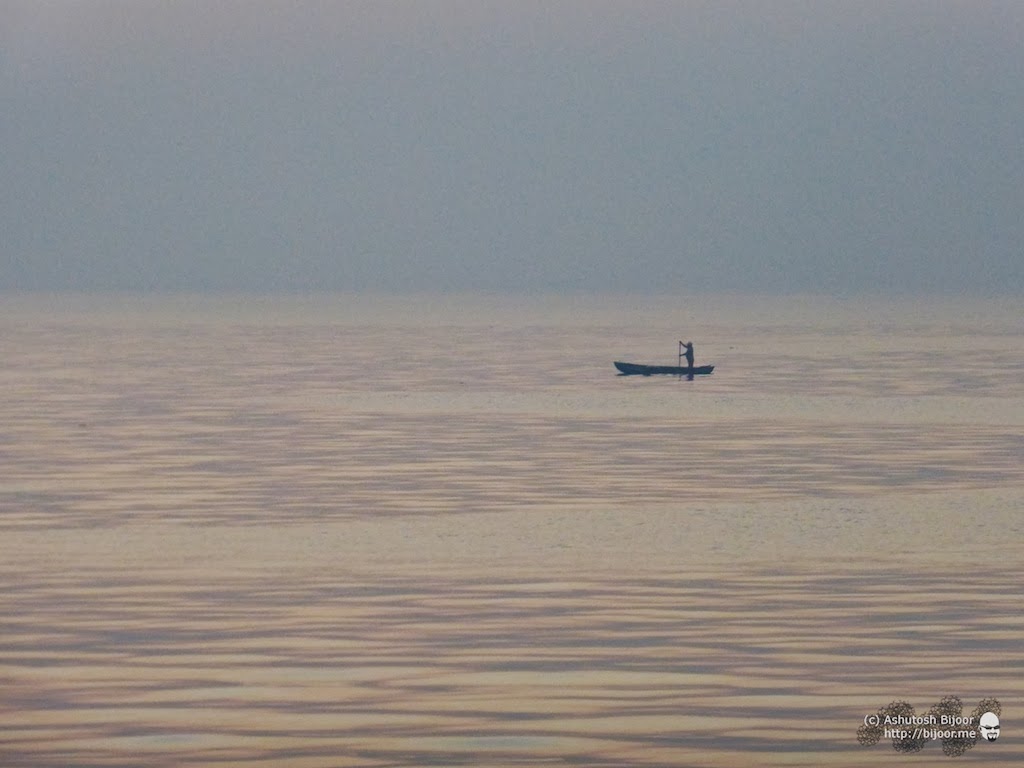 A lone boatsman standing and rowing his boat seemed to enjoy his Sunday morning in a far more interesting way than us. We were hoping to see some flamingoes but there were none – so we then decided to head to Sewri Fort which was nearby and none of the others had seen it yet 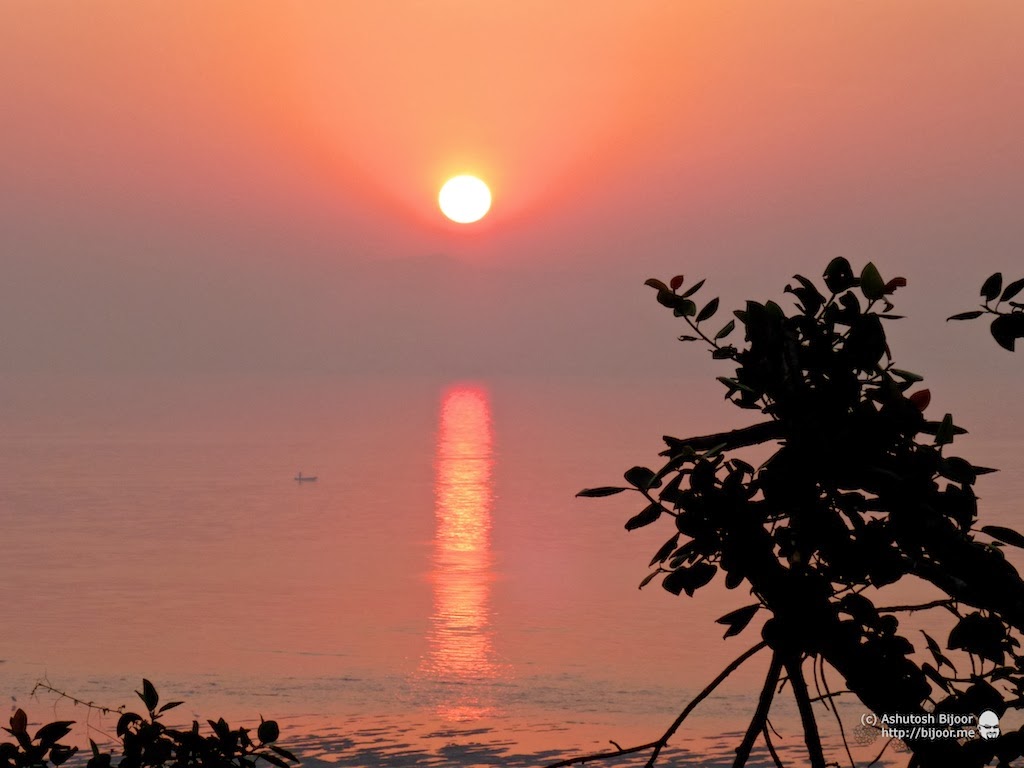 When we reached the fort, we immediately climbed up on the ramparts to catch the sun rise, and were not disappointed! Don’t miss the same boatsman out into the sea! 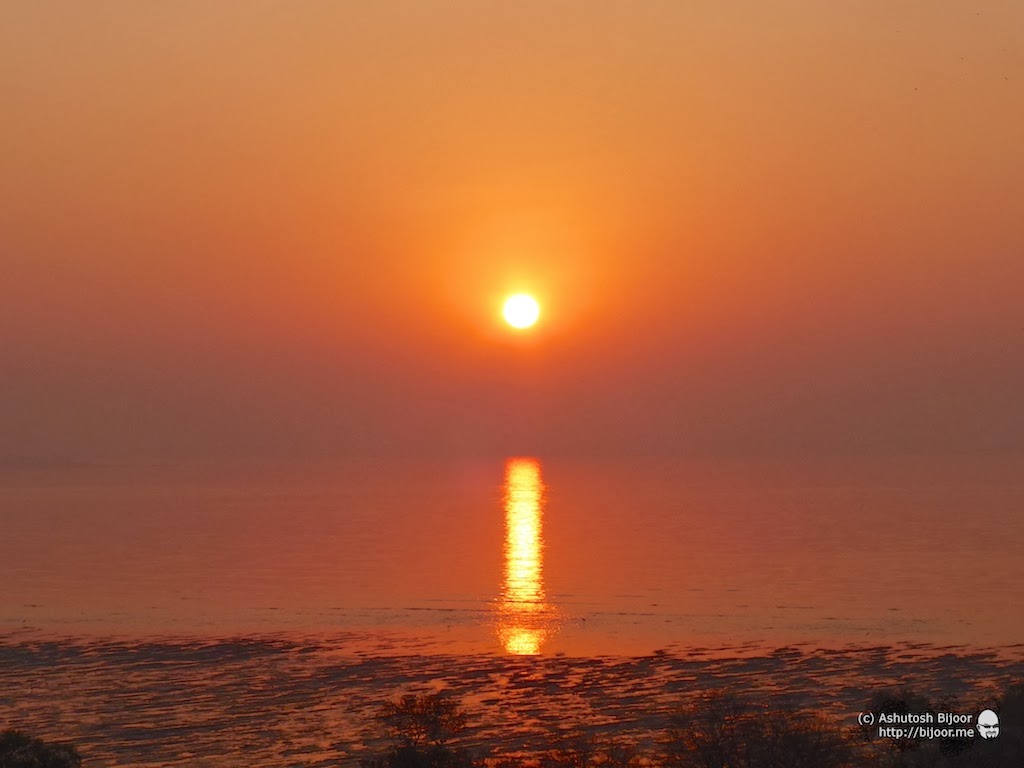 The rising sun lit up the sky with unreal colors, and the shimmering reflection in the sea seemed to stretch to infinity! 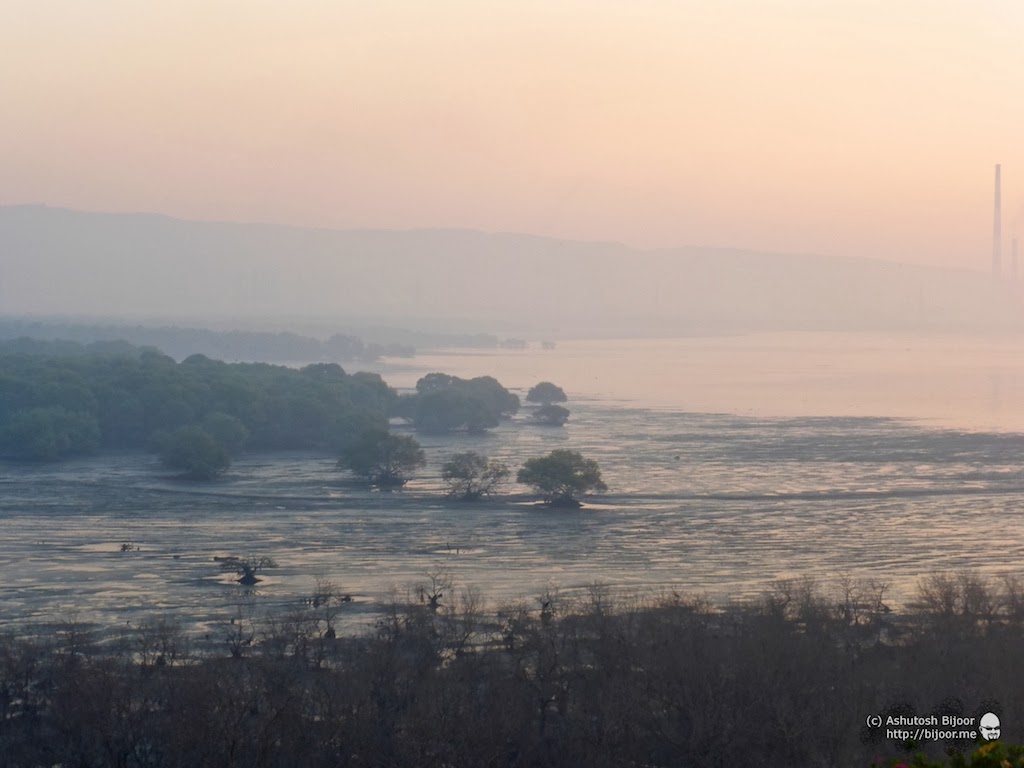 Our hopes of seeing flamingoes was dashed when we saw the empty mudflats. I was lucky to see some yesterday on my way back from my cycling to Mumbra – more on that later! 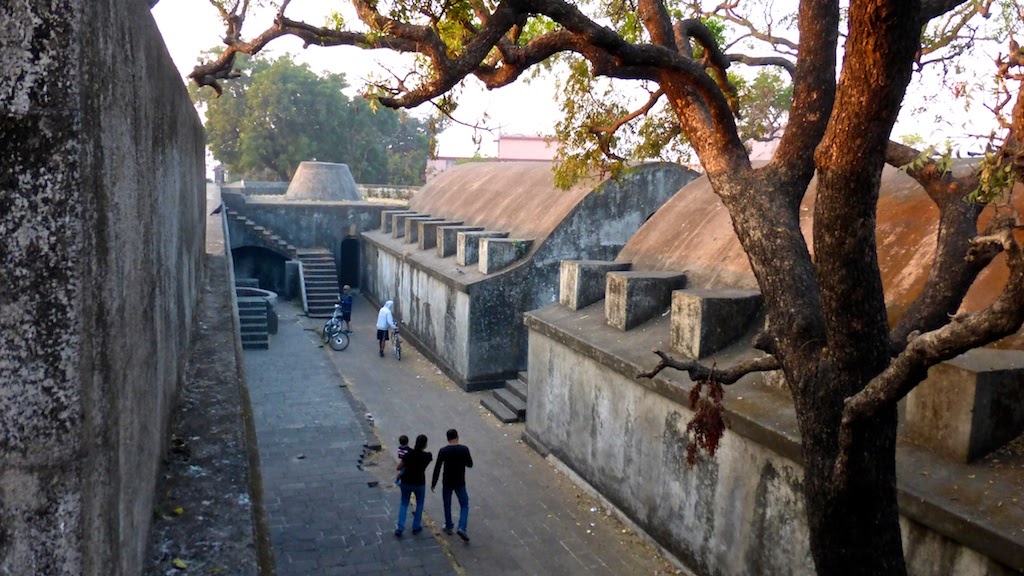 When I had last visited the fort, I was still using my iPhone for all my photographs – so I had to click some photos from my later acquisition – the Panasonic Lumix (have a long way to go before I graduate to an SLR) 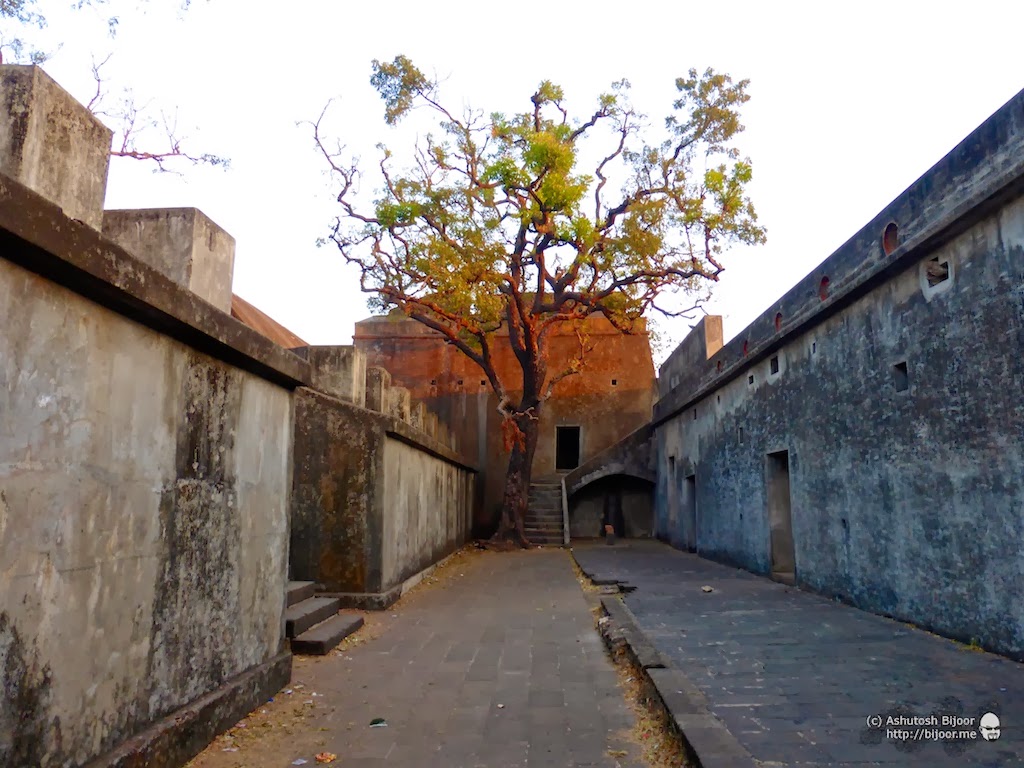 This moss covered wall of the bastion with a single door in it with the lone tree and steps in front of it is one of my favorite fort pictures! 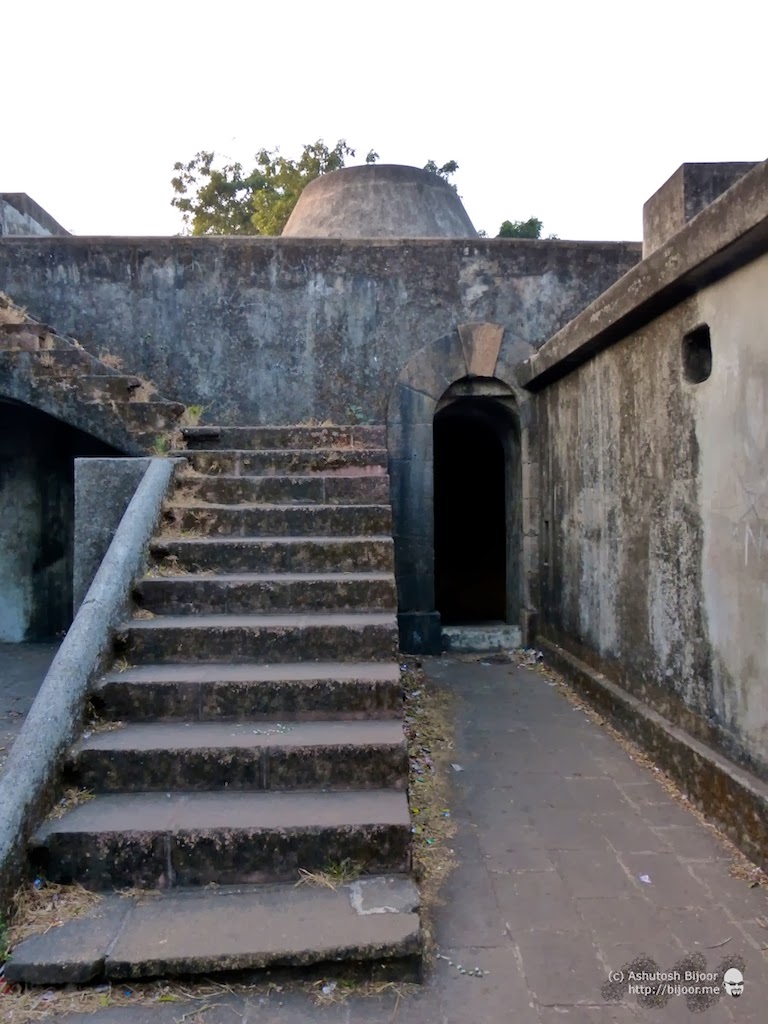 And on the opposite end of the fort is the entrance and steps leading up to the higher level. The arched doorway has an inscription of the year of construction. To read more about the fort, please see my previous post on the fort 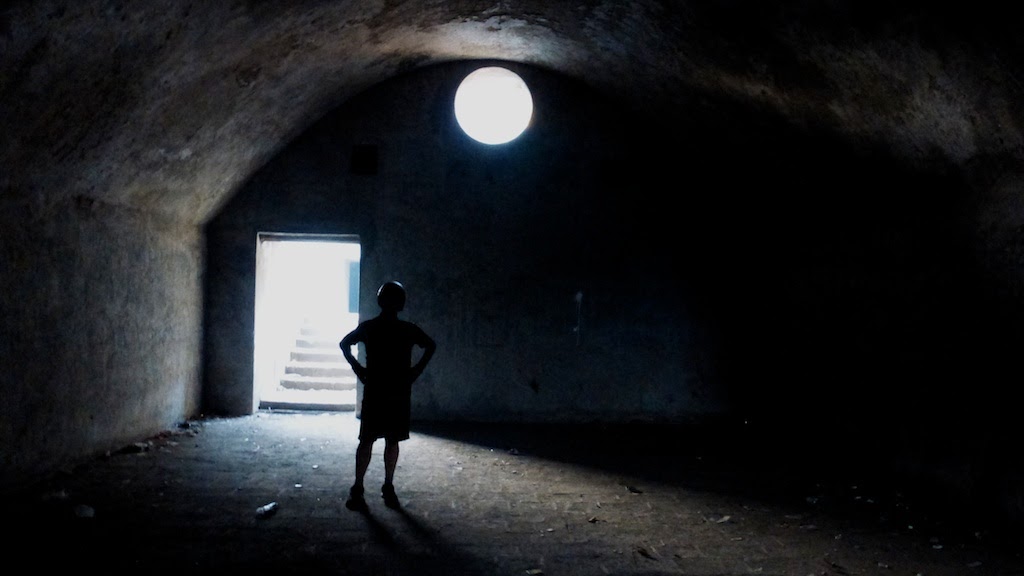 One more of my favorite photos of Sewri fort inside one of the bunkers, this time with Rakesh’s silhouette making a better picture! 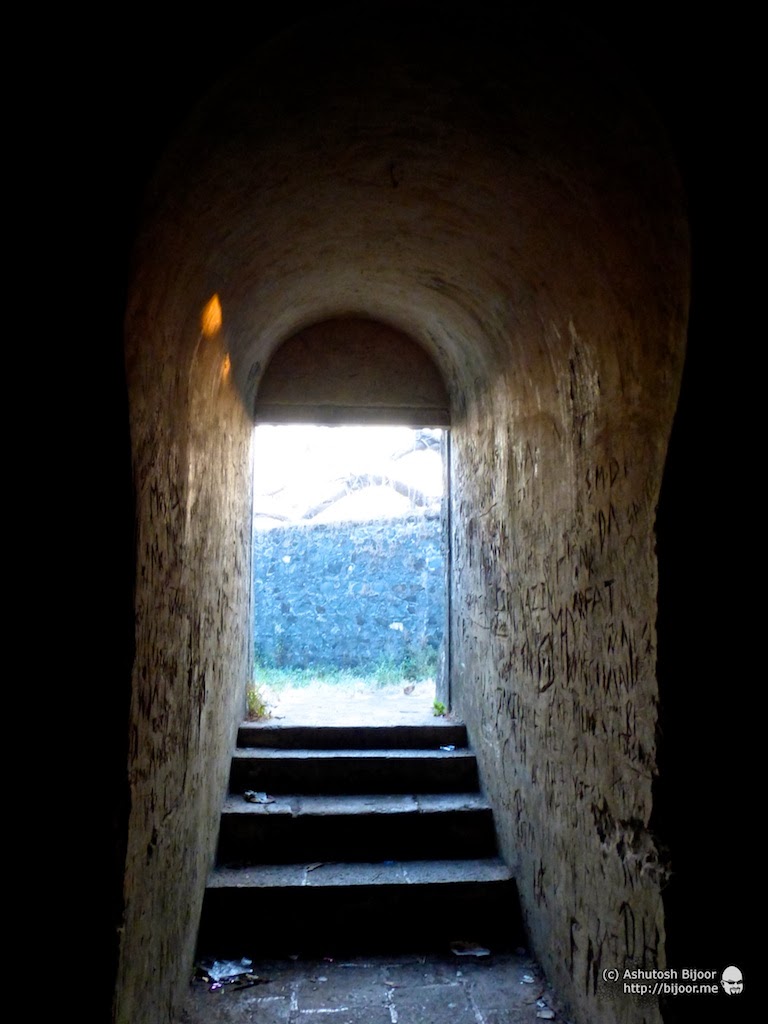 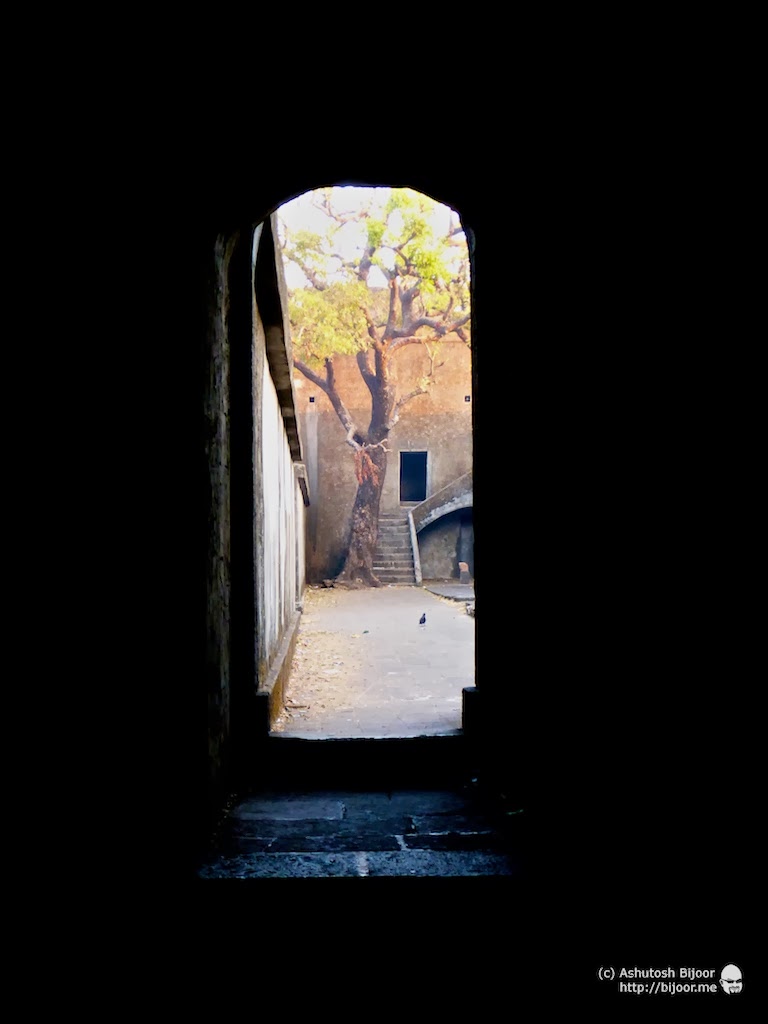 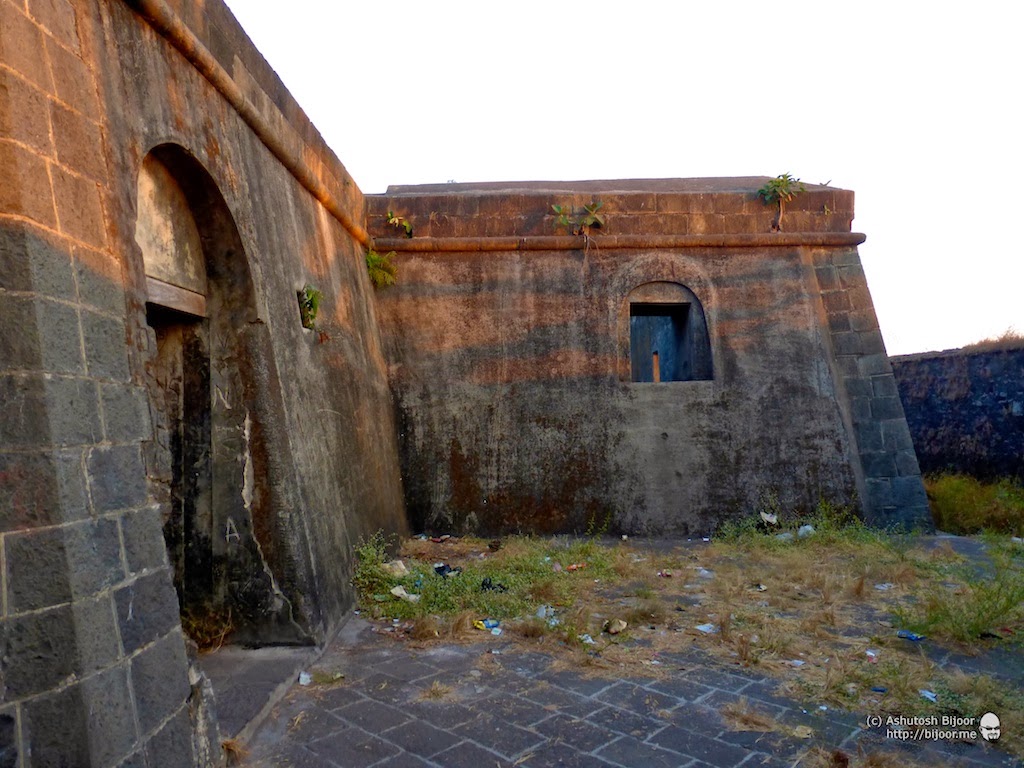 As we exited the fort, could not help but notice that there was more litter around than during my last visit. Keeping these sites clean is another social project waiting to be executed…. anyone game?

A nice Sunday morning ride! Thanks to Rakesh and Rishu for the great company!