The Three Bromptoneers Ride started from Kelve Beach, where we visted the two Kelve Forts and had a nice ride along the beach. There are several more fortifications in Kelve but we only visited one and had a visual of the other. 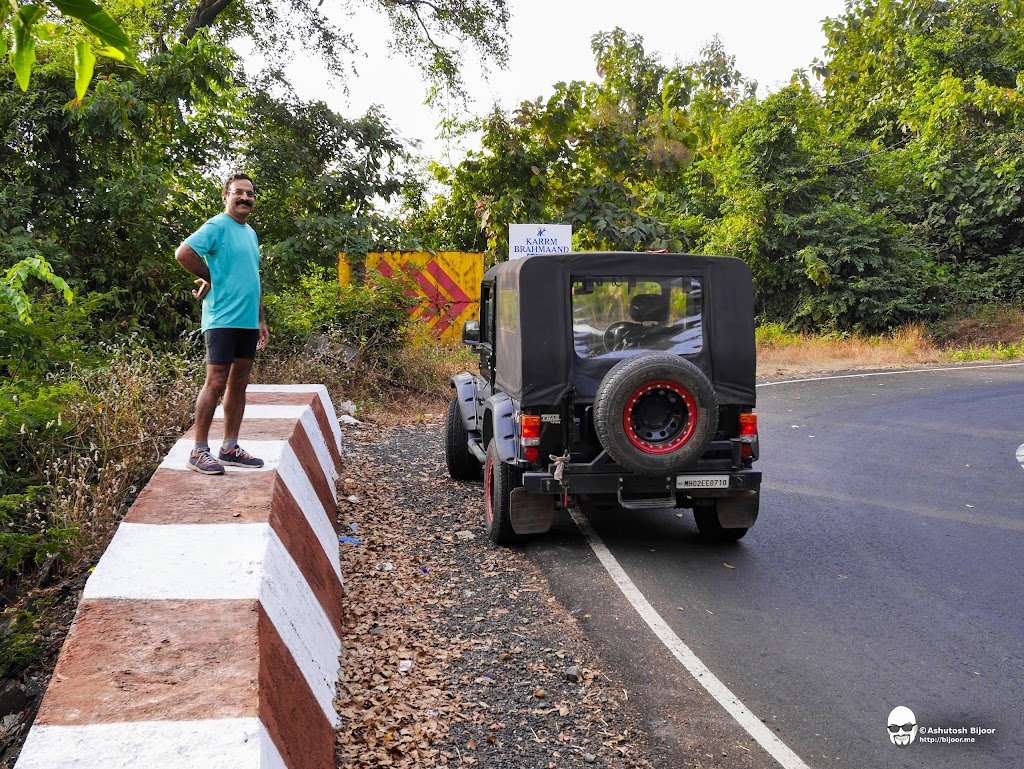 We packed our Bromptons in my Mahindra Thar jeep and drove to Kelve early Saturday morning. 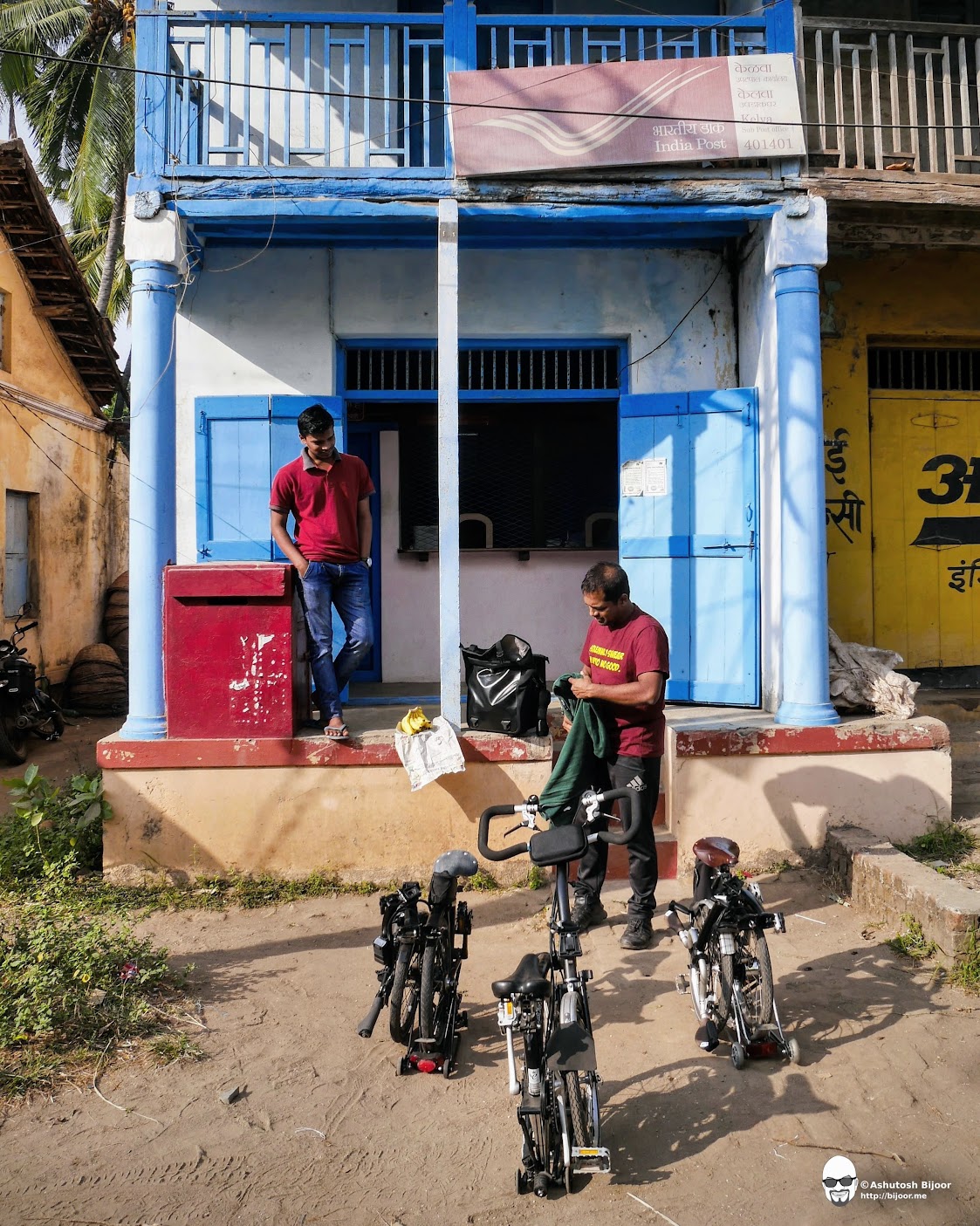 We parked the jeep in front of Kelve Post Office and unloaded our bicycles. The young lad working in the post office was curious and came out to take a look at a bunch of weird people with even more weird machines. 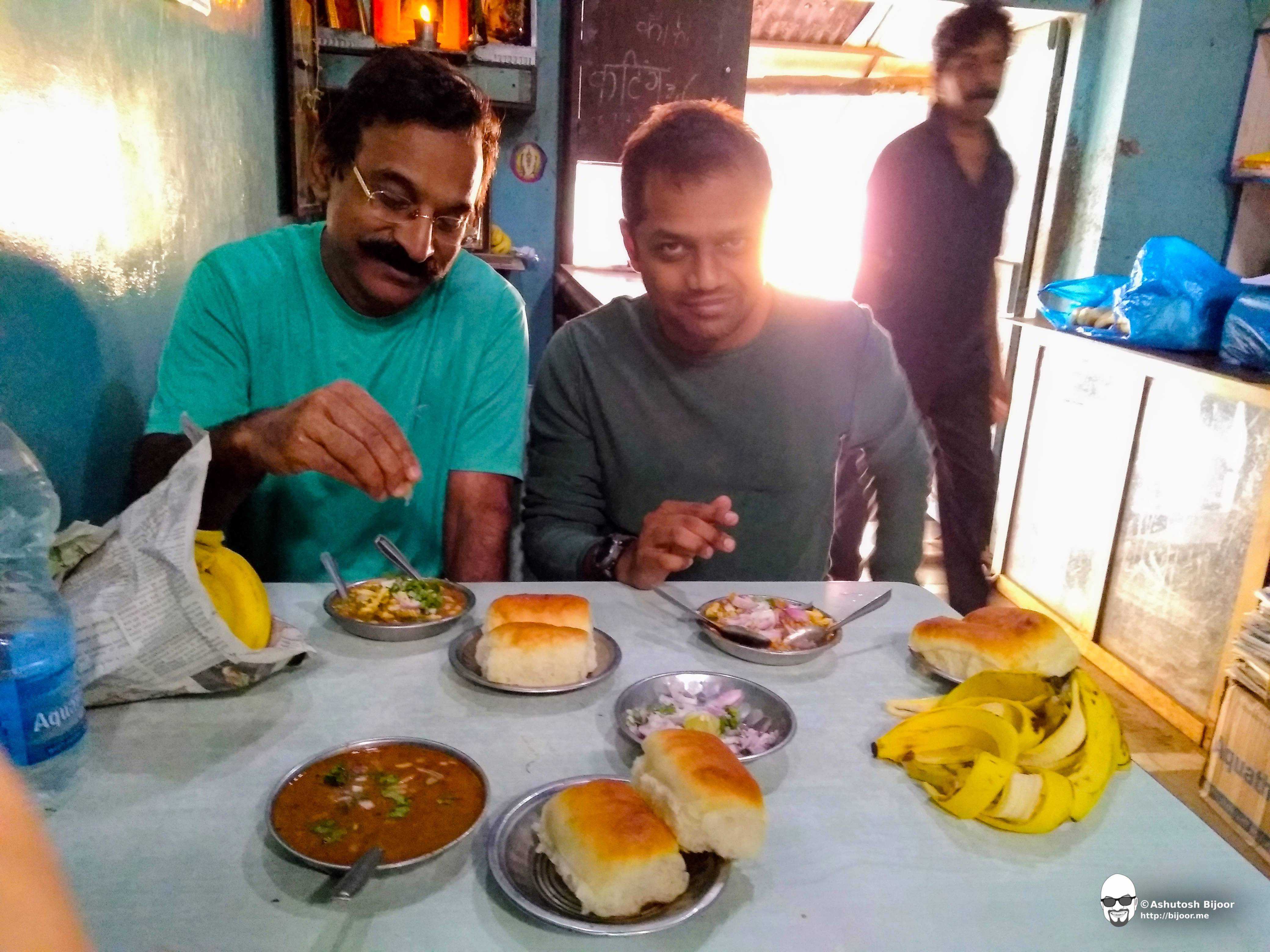 Before we started the ride, we stopped for a quick breakfast of Misal Pav and Chai at a local food joint. Notice the pile of banana peels! 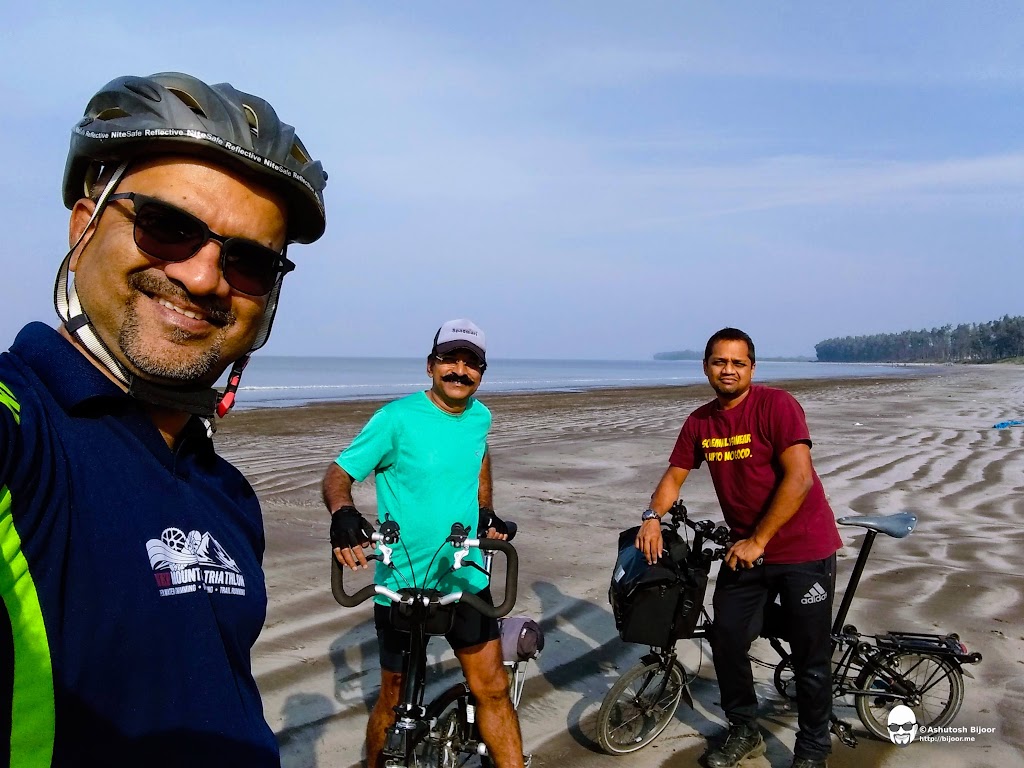 The adventure starts at Kelve Beach. The Three Bromptoneers pose for a selfie before riding off on the beach. 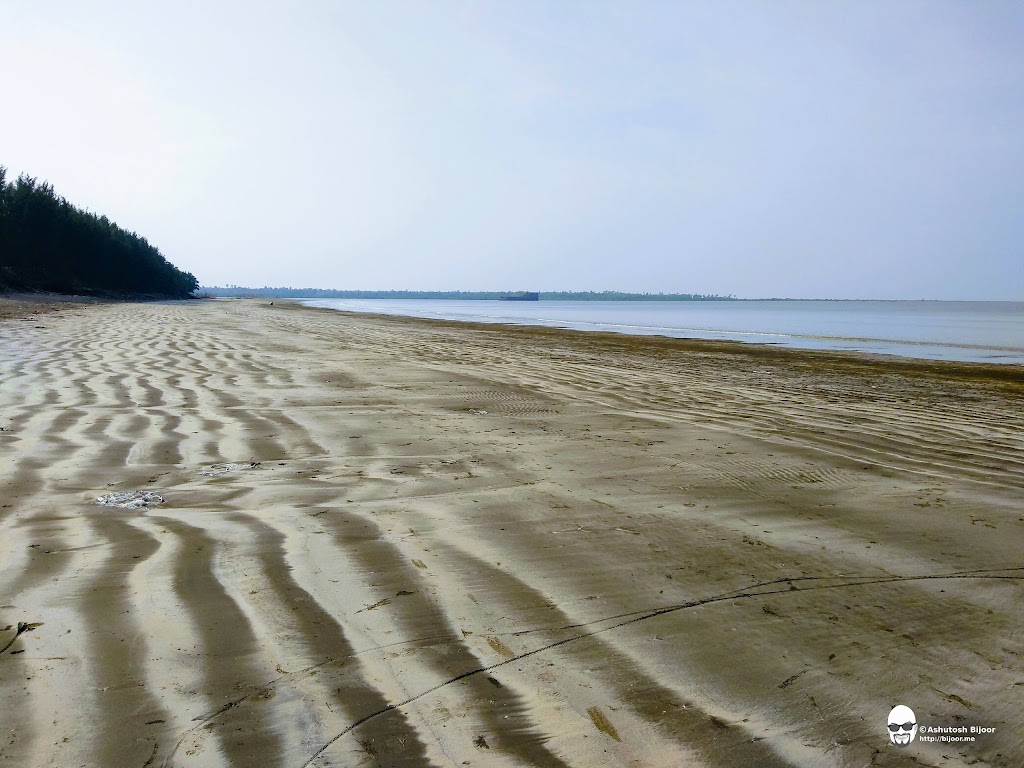 At the southern end of the beach, we can see Paankot - the fort in the water - also referred to as Kelve Janjira. This is accessible by foot only during low tide, and so we had to skip visiting it this time. (Read more about the fort here) 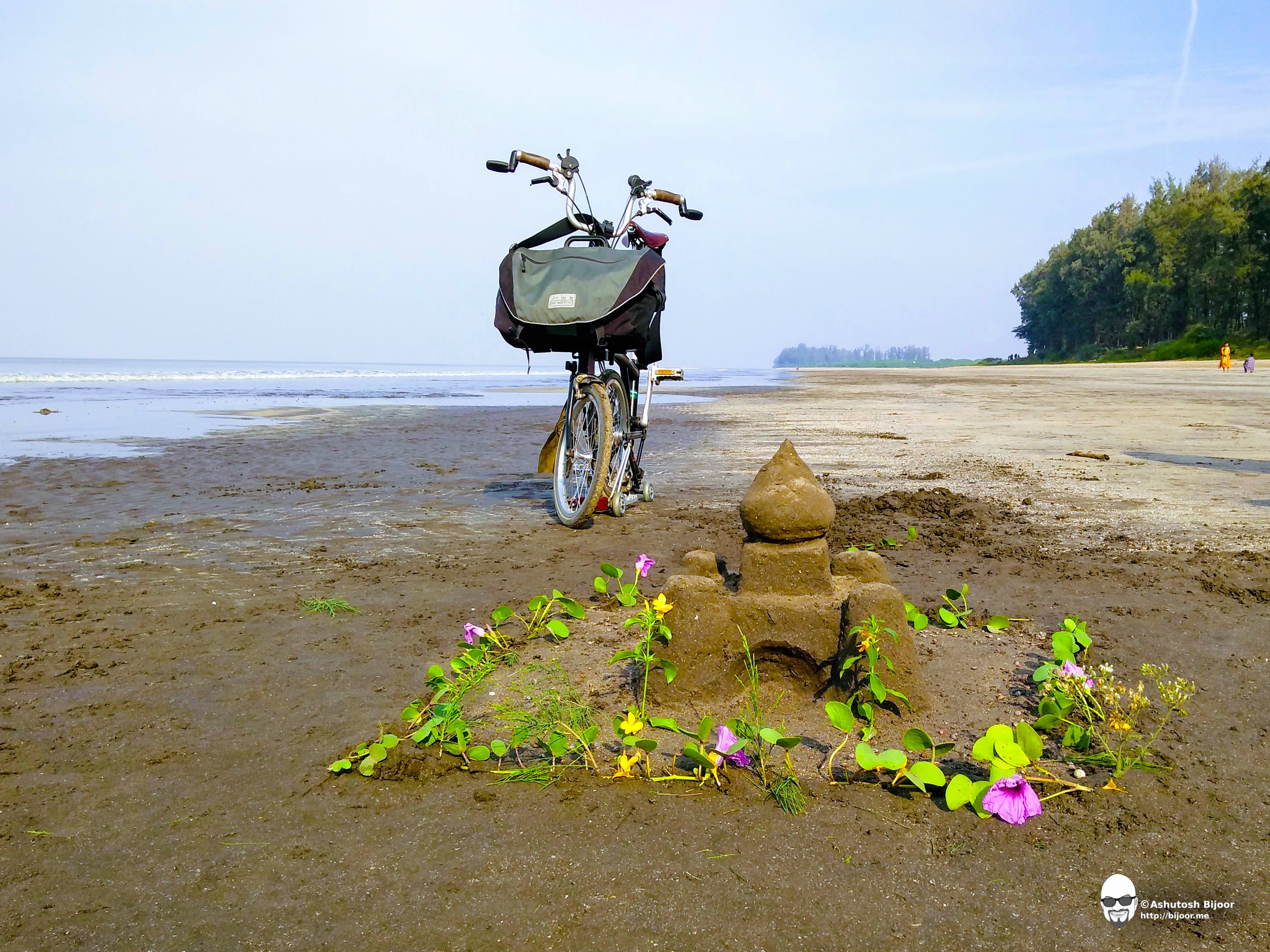 While riding on the beach, we came across a bunch of kids who had made a beautiful sand castle. We stopped to admire it and then continued to the end of the beach to see the second Kelve Fort 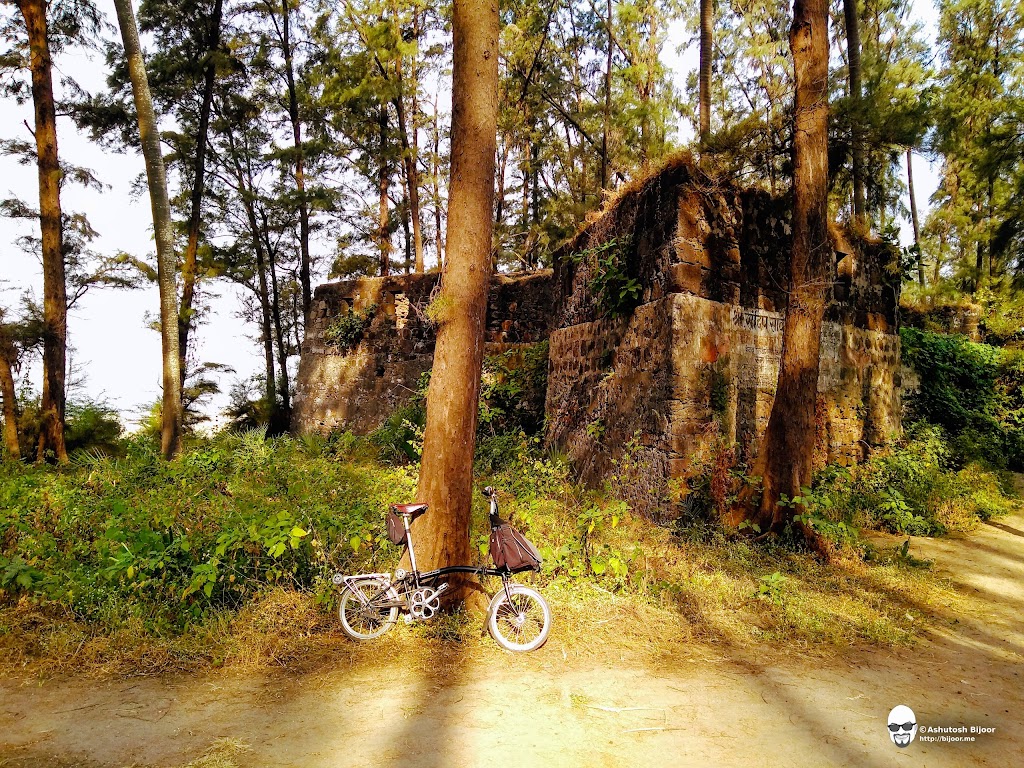 At the north end of the beach, hidden among the casuarina trees is another small fort - more like a watch tower. 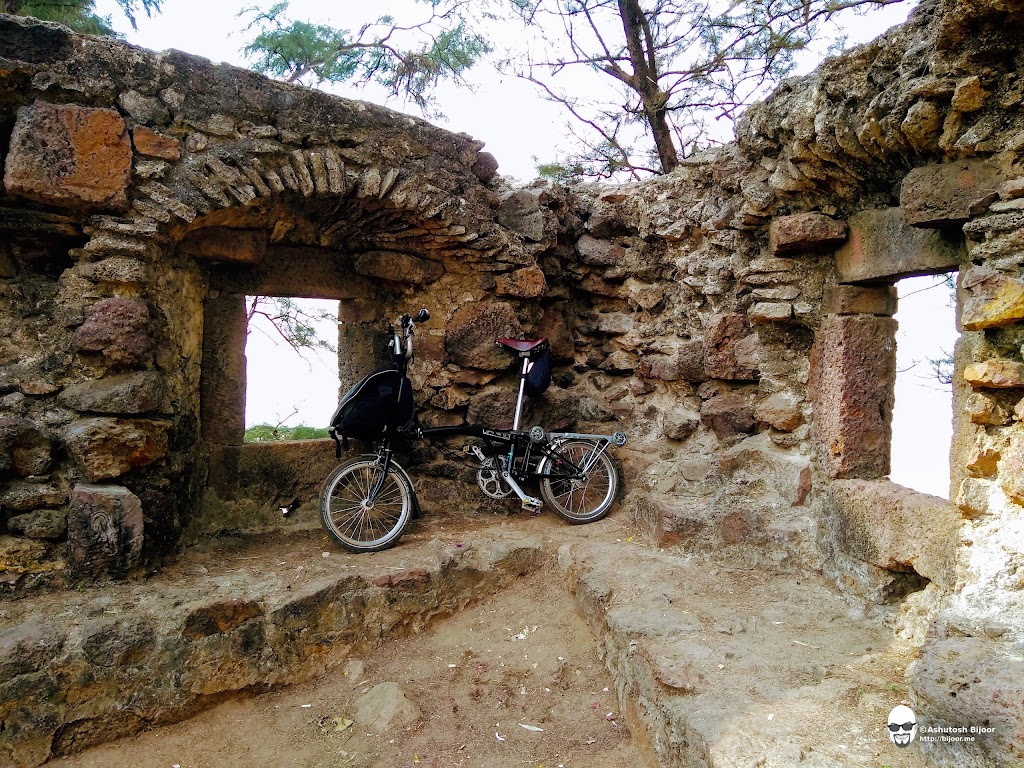 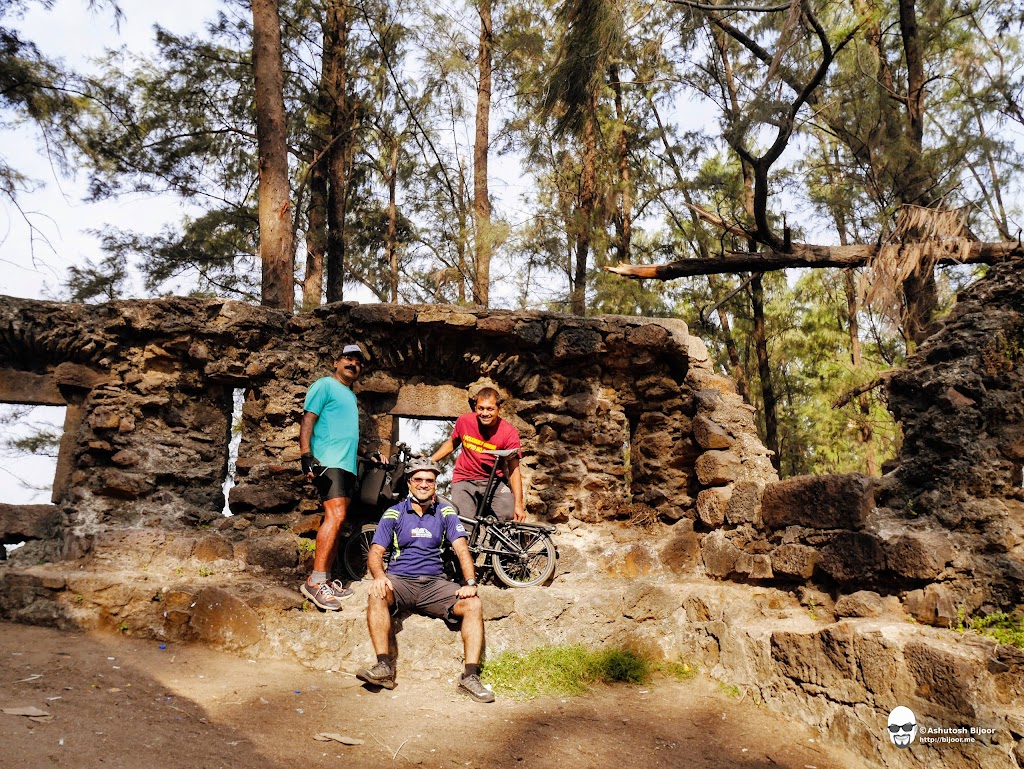 As usual, there was some trash strewn around the fort that we cleaned and collected in a pile, and then took a photograph with the least possible trash photo-bombing in it 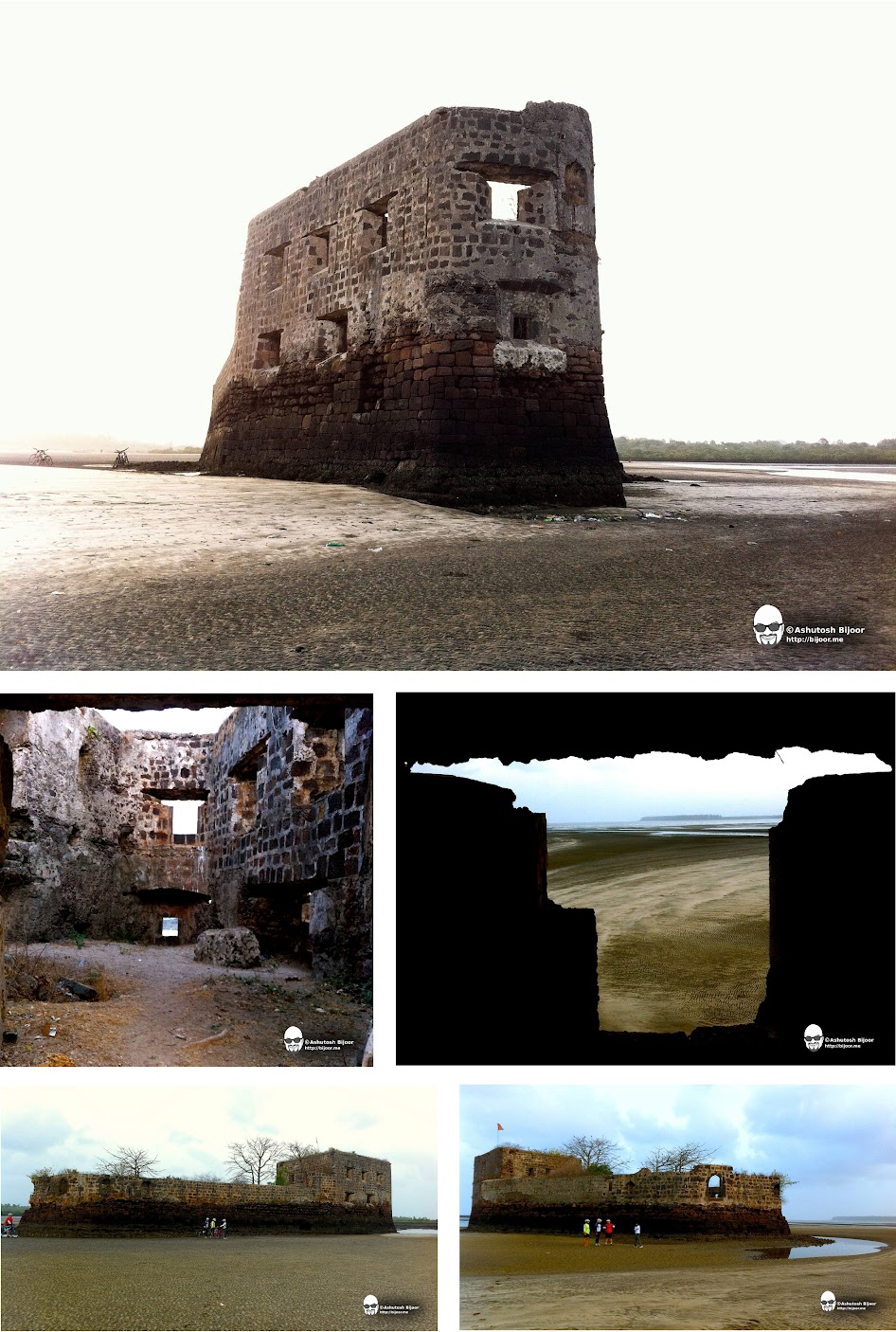 This is a very unique fort in many respects. It resembles a battleship, and may have been designed deliberately so to dissuade enemy ships to come too close to the shore. The ship shaped fort faces directly into the ocean to the south. There is a single bastion with openings for cannons on all three external faces. The back of the fort has shorter ramparts and the entrance to the fort is from the rear end that faces the land, hidden away from the view of incoming ships. The entrance itself is only accessible by using a ladder during low tide, or from a boat during high tide.

The fort was built by the Portuguese in the 16th century, and they used to charge a tax for all ships that used their ports. The fort must have served as a toll booth to inspect the papers and charge the ships that attempted to enter the creek. This fort along with others along this coast were later captured by the Marathas under the leadership of Chimaji Appa. 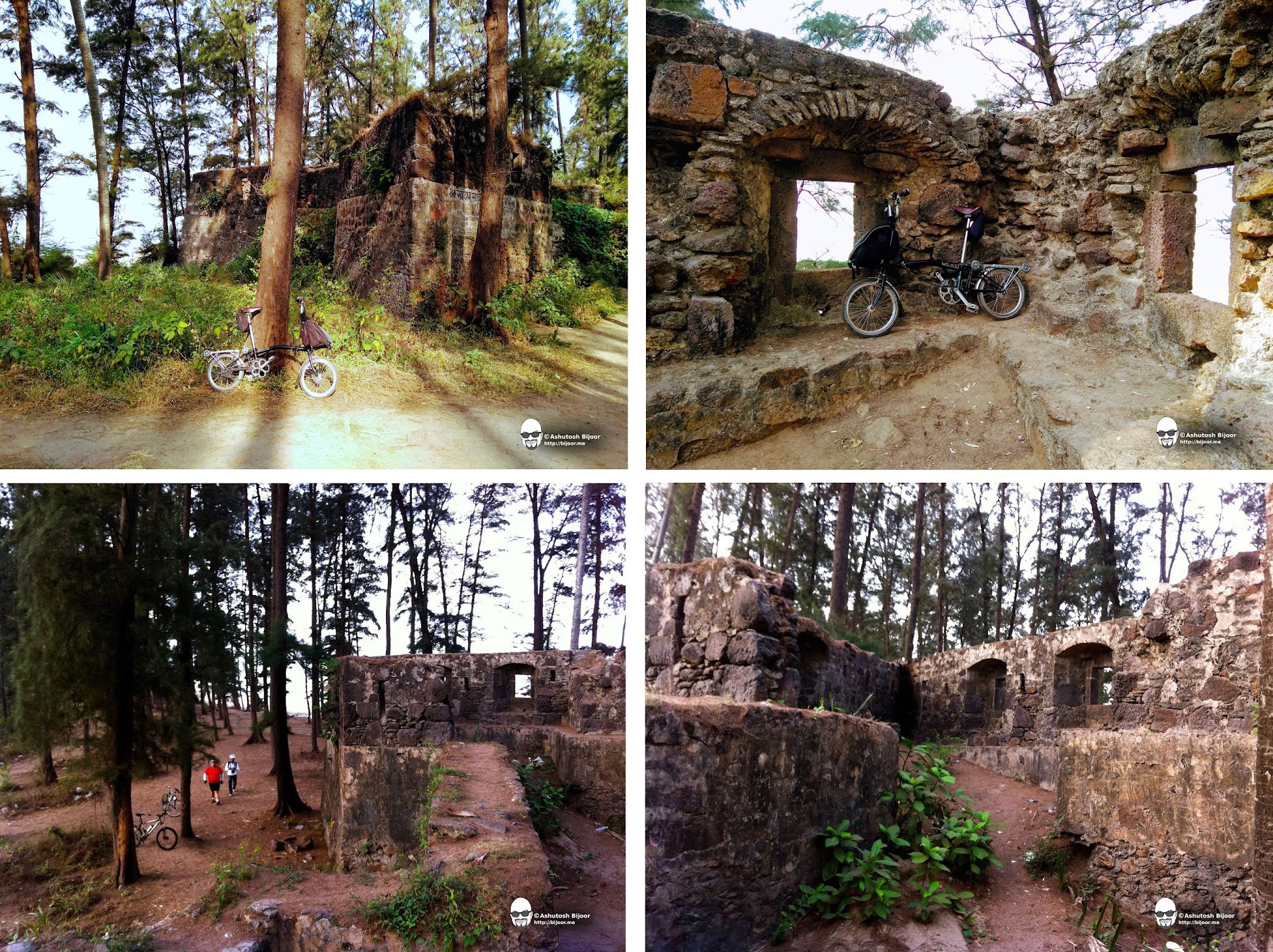 Kelve Fort is a small fort at the north end of Kelve Beach. It is hidden in the forest of Casuarina trees that line the beach. The fort is overrun by sand and the bottom of the fort is not visible. It is a two storeyed structure but only part of the top story is visible above the sand. The shape of the fort is almost a square with four triangular bastions at the four corners. There is a wall that divides the fort into two equal parts that runs parallel to the beach in a north-south direction. The entrance is from the back of the fort away from the beach facing side of the fort. One has to bend to enter through this entrance due to the sand level. There is another opening in the central wall that is also buried in sand and one has to bend down to enter through it to the back half of the fort.

The fort is also originally built by the Portuguese and was later taken over by the Marathas. There is evidence of both occupants having contributed to building parts of the fort.

A Non Government Organization (NGO) called Kille Vasai Mohim led by the charismatic Shridatta Raut, a self-learned historian of Maratha history and an active conservationist has done a lot of great work in this region to conserve the forts. They are responsible for having dug out a lot of the sand that covered this fort and cleared out the vegetation that had overrun the ramparts of the fort.

Next : Mahim and Shirgaon Forts

After Kelve Beach, we rode ahead to see Mahim and Shirgaon forts.